What is it like to be a woman in India? Some of the best attempts to answer that question are in the amazing movies below. Art, caste, sex, fear, bar dancers, anti-arrack movements, zardozi, toilets, fairness products. All in this list.

Nina Shivdasani — a painter and photographer — might well be the first Indian woman to direct experimental films. It first reconstructs a real-life episode in which Dalits confronted Brahmin elites and eventually the police, when their well, and only source of water, dries up. It then moves on to real life interviews with those involved in this struggle. As one critic wrote, “this poetic and beautifully photographed Indian film reminds the viewer that the caste system is still alive and well.” This path-breaking film about caste discrimination, believe it or not, carries a voiceover by that glorious super villain Amrish Puri.

This film underlines the fact (in case you still had doubts) that domestic violence is a friend to all classes. Rinki Roy Bhattacharya, the daughter of the famous filmmaker Bimal Roy, married her father’s young associate who would go on to become the famous filmmaker Basu Bhattacharya. Rinki Bhattacharya was married for nearly 20 years before she walked out on her violent husband. In what is still a very, very heart-breaking interview with Madhu Kishwar at Manushi magazine, Rinki told the story. And later she and Gulan Kripalani went on to make Char Diwari. Bhattacharya also wrote the book Behind Closed Doors: Domestic Violence in India based on the film. One newspaper article mentions one of the best moments in the film. “On being told that a man lashed out due to ‘frustration’, activist-lawyer Flavia Agnes says, ‘frustration mein friend ko kyun nahi maarta?’

This Mira Nair film follows the lives of women who work as dancers in a bar in Bombay. It’s a voiceover-free documentary that gives us women who are unashamed of their profession. One rejects a more respectable position and the advances of a man in love, she she doesn’t need to be saved.  Through the film, we also meet the “good” household men that frequent these bars and bitterly love-hate their dancers.

In 1995, in Nellore, Andhra Pradesh, a woman found her alcoholic husband trying to molest her daughter. When she tried to stop him, he beat her to death. The incident triggered a wave of rage among a community who felt alcohol was worsening their already-difficult lives. The village water tap dispensed water only once a day, while the arrack shop was supplied twice a day. The sustained anti-arrack movement that followed had many targets:  the men of the village, the powerful arrack contractors, and a government responsible for introducing the cheap plastic packets of arrack. The fight lasted four and a half years and the women successfully had state-supplied arrack in their villages banned. And it is this stirring story that the film tells through dramatic reenactments with testimony from the women themselves, as well as interviews with activists, government officials, and liquor dons.

This is a film that will remind you, in case you ever forget, of the world’s abiding belief that women should have no control over their bodies. Even on second and third viewing, the film will chill you with its revelations of the coercive and inhumane treatment of women by India’s Family Planning programme. Welcome to the happy beginnings of the murderous sterilisation camps in Chattisgarh that killed 13 women in 2014.

This film made by Jill Misquitta, a graduate of the FTII, Pune,  is about the ill-paid foundation of Bollywood — that amorphous category known to us as the “junior artist”. As one critic writes, “the film successfully combines a broad-strokes sense of the landscape that junior artists inhabit – the long hours of waiting, the dimly-lit back of the studio, the daily haggling with producers’ agents – with careful portraits of particular people. We meet Maqsood, who came to Bombay to become Mr India, and was once cast opposite Mumtaz, but ended up a junior artist, and Pammi, whose story suggests that however politically incorrect it might seem to us, the lines between being a film extra, a bar dancer and a call girl can often be blurred. The Clap Trap is that rare documentary that manages to be both brutal and gentle – it is brutal in its pursuit of the unglossy, but gentle when it finds it.”

In this warm documentary set in the Himalayan districts of Kumaon and Garhwal, we meet four generations of women from the director’s own family. Through Joshi’s grandmother, mother, sister and daughter — and the stories they tell — we are led through intergenerational and social changes. In the words of the director, “I had been leafing through my mother’s ‘ diary’ – she had begun writing a notebook after she was sixty-five years old – and then I thought, why not do it on women in my own family?” 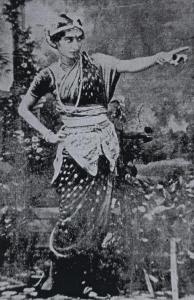 This film tells the awesome story of Kamlabai Gokhale, a pioneering actress of the Marathi stage and one of the first actors in Indian cinema. Born in 1900, Kamlabai was 92 and confined to her bed when the film was made. This is by no means a morose watch. The film is full of playful exchanges, memories, old photographs, music and Kamlabai’s reenactments of her favourite plays — and through them the fascinating history of early 20th century Indian cinema and theatre. Don’t miss the bits when Gokhale talks of taking on male roles in Shakespeare and desi epics. Filmmaker Mohan once said of this film. ““The film wasn’t meant to be documentation or a film that had to inform in a stodgy way. The film was her, she was the film.”

Here is Manjula Padmanabhan’s description of this film about the widows of Vrindavan. “One of the achievements of this film, it seems to me, is that it manages to slide in between that moment when you want to turn your face away and that other moment, when you want to stare, to reveal the femininity of even these women who have been stripped of that very thing. There are the faint echoes of beauty that still cling to the shape of the nose, the calm straight lines of the brow, the ritual of applying white ash on the forehead, the bridge of the nose, some with dots on either side, some without. And there is that heart-breakingly steady gaze, without self-pity, as the life is described: yes, I am alone, yes, I have nothing, yes, my husband died in my arms, and then yes, my children threw me out.”

That’s enough for you to go watch the film but we just can’t resist telling you this other detail. The film appears in a Spivak footnote where Spivak calls the film excellent but complains that “the English subtitles do not reveal the strong, cynical critique of the institution of marriage and a woman’s lot in much that these widows said…the subaltern is made to unspeak herself.” 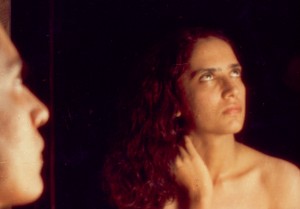 Madhushree Datta says the the film germinated in her mind when she met an elderly woman who had come to the NGO Majlis looking for a way to help her daughter out of her abusive marriage. The elderly woman herself had been in an abusive marriage and said sadly, “I gave her fear as inheritance and that is why she could not cope with her own life.” And that was the beginnings of a film that explored invisibility, violence and living in the city. In this film, parallel narratives trace the way in which four girls of different ages grow up and the connections between violence and desire. Datta also wanted a form that would dilute the idea of testimony as raw data. So the film also included stylised performances, embellished reenactments along with the more conventional testimonies.

How do contemporary urban middle class women in India relate to their bodies? Why do women feel they are too dark, too fat, too old, too everything? And how do they deal with it? This is what this film explores through 6 enacted first person narratives.

This film is about Sagira Begum, an old zardozi worker who lives in Old Delhi.  Through the film, we see the rich history behind her craftsmanship, the slow death of her craft and her fascinating life. As one critic summarizes, “Sagira Begum was born in Old Delhi and displaced from her home in the upheaval following Partition. She gave birth to her son in a camp on the steps of Shah Jahan’s gate, in the rainy days that followed immediately after August 15. Soon after, she went to Karachi, only to return a few months later. ‘That was it, I never thought of leaving home again,’ she says. Why not, the filmmaker asks her. ‘Bas hamara man nahin laga,’ she says. This was home, this is where she and her family felt happy, this was where they would stay.” The same critic concludes, “Sagira Begum is a wonderful example of how biography can be history, and allow for a dignity, rather than a voyeurism.”

Homai Vyarawalla, Sheba Chhachhi and Dayanita Singh. Three photographers driven by entirely different artistic impulses and born in different times. At the time the film was made, Vyarawalla (born 1913, alias Dalda 13) had retired after 30 years of pioneering news photographer, famous for her glowing portraits of political moments in the early years after Independence. Chhachhi began her career in the 1980s (a few years after Vyarawalla retired) with documentary photography, chronicling the women’s movement. Later her practice developed into photography-based art installations. Dayanita Singh (born 1961) has always thought of herself as a bookmaker, making what would become famous ‘visual novels’ such as Myself Mona Ahmed and Go Away Closer. Sabeena Gadhioke’s film explores narratives of the photographers as well as major shifts in ideas of representation.

Bishakha Datta, who directed In the Flesh, said in an interview: “This is not a film on prostitution but on three different persons involved in it and their points of view.” The film revolves around three sex workers: Shabana, who works the dark highways outside Mumbai; Bhaskar, a young hijra in Kolkata; Uma, an aging theatre actress who has quit sex work but continues to live in a Kolkata brothel. We see their workplaces, hear their stories, see them pick up customers, persuade clients to wear condoms, fight HIV/AIDS in their communities, and battle violence through simple homemade weapons and collective action on the streets. We see their daughters, mothers, lovers and their passions.

Q2P is probably the first movie every guy dismissive of male privilege should be made to watch. Because sometimes equality is not just about equality but about life, health and the most basic of human needs. Also because poop might perhaps be the right icebreaker to break it to the men that they’ve had it too easy for too long. Q2P literally shows you the gender dystopia women live in as it searches for public toilets in Bombay. The film questions privileged assumptions and definitions of gender, class, caste and “urban development”. Don’t believe us? Sample dialogue:

Interviewer: “Why don’t you have a toilet for women in your restaurant?”
Restaurant Manager: “Ladies toilet takes up too much space.”

This the first installment of the starter kit. Here’s the second part. Thank you to the many, many folks who contributed to this list. Got an Indian docu that you think should be on this list because it changed your life? Write to us at fingerzine AT gmail DOT com.

UPDATE: Where can you watch these films? A bunch on the PSBT YouTube channel. You can buy DVDs of these documentaries from PSBT, Magic Lantern, Itokri.com and of course from the filmmakers, most of whom have websites.

This Docu Shows Addicts in Punjab Are Less Shahid Kapoor, More Uncles Next Door Being Saved by Women