A few years ago a young Bollywood actor (a friend’s friend who I had met once) wrote to me with a proposal. She had a plan for a cover with a well-known women’s magazine. The cover shoot would pose her in a radical, revolutionary light. What that looked like she said, disarmingly, she was figuring out. Would I consider writing a piece about the condition of women in a post-December 16 India to go with it?

I wrote back to her warmly, but declined. I suggested that instead of my writing about the generalities of Women In India and Men on the Street and the fear of rape, she could write about being a thoughtful, intelligent young woman living and making her way in 2013, in a business best known for objectifying women and the specifics of that. As I wrote to her, I did wonder what chance there was of her effectively having to turn whistle-blower on the sexism of her own industry. Easy for me to suggest, but as they say around here, “what of my father goes” in suggesting this tough task to her.

I never got a reply.

In 2016, I am intrigued to think that such a thing might indeed be a dim possibility in the distance. Just this week, Mayalali star Rima Kallingal spoke at length about how she’s saddened that young women are scared to call themselves feminist, about the sexism and glass ceiling in the Malayalam film industry where heroines are so unimportant they are often picked the evening before the shoot begins. As she contemplates the situation Kallingal sounds thoughtful, curious and by no means defeated. 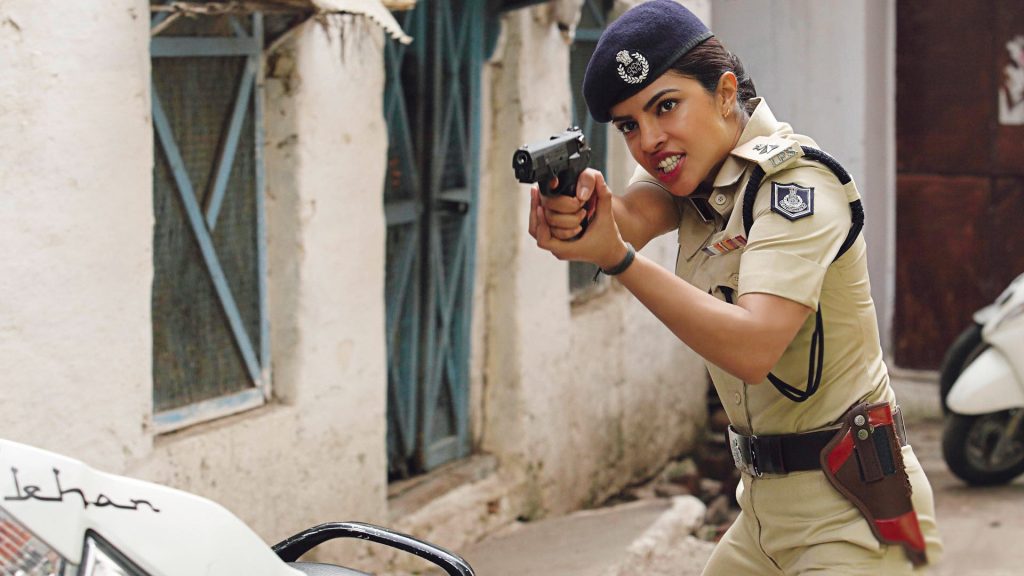 I feel mildly fed up when female actors go out of their way to say they are not feminists. Priyanka Chopra said about her show Quantico for instance, “I don’t think it’s feminist, but it’s empowerment… It’s got very strong female characters, and I don’t think it’s a bra-burning feminist show where you’re like, we hate men, but we have really strong male characters, too… It gives females an opportunity to be equal with the boys, and I think that’s really progressive.” Katrina Kaif, Chopra’s baby cousin Parineeti also followed in this vein. Their too-quick, too-panicked responses remind me of an incident outside my college. A man speeding by on a scooter pinched my friend’s ass when she was standing outside college waiting for a bus. Another woman standing next to her gasped, turned to her and said, “Thank god, he didn’t pinch me.” When PC, Kaif and others say they are not feminist, it is like a talisman to ward off the evils of the man-pleasing industry they live in.

I once heard theorist MSS Pandian talking about the old question of what it meant when Tamizh stars like MGR became politicians. They were justice-seeking underdogs in the movies, but did they do right by the underdogs once elected? No, they were just like any old politician. The theorist then concluded that it was wrong to look to see if the film-star-turned politician in real life was any source of inspiration. Instead, his value lay in the possibilities he had represented on-screen.

What if we apply this idea to our women actors?

There’s Lisa Haydon for instance, who represented everything fun and emancipatory for a lost and unhappy Kangana Ranaut in Queen. As writer Jugal Mody points out, channeling a faux-Slavoj Žižek, Haydon’s Vijaylakshmi was Rani’s companion as they escaped from an excessively masculine version of Paris (as represented by the Eiffel Tower).

Then there’s the real-life Lisa Haydon who said “Feminism is just an overused term and people make too much noise about it for no reason. Women have been given these bodies to produce children, and the spirit and tenderness to take care of people around us.” We all had that deadly bored bas karon yaar feeling creeping up on us somewhere halfway through this quote.

But if we follow what the theorist said, let’s choose the Lisa on screen, right? What does it matter what her real-life opinions are? But here’s the problem: the Tamizh cinema that the theorist was writing about was chock full of admirable, heroic men, so much that we could ignore the anemic real-life versions of them. Cinema (in Bollywood or elsewhere) is not exactly filled with what women want. Rani and Vijaylakshmi of Queen or Rani and Padmini of Rani Padmini come once in four or five years. If at all.

Made by men, written by men, funded by men, cinema (and digital videos) are filled with the escapist fantasies of men and teenage boys. Last year, watching the innocuous Jon Favreau’s Chef brought it to me with clarity and rage. I wrote then, “After a lifetime of watching male wish-fulfillment cinema, I’d like me some female wish-fulfillment movies. I’d like to see a movie about a female genius who is allowed in the manner of Chef Casper to slowly rediscover her duty and love for her child while only being mildly and sweetly reproved by ex-husband and love interest. I’d like to see a movie about a female genius whose stunning love interest says ‘go get what you need. I will hold the fort.’”

I don’t think female actors are duty-bound to say they are feminists. The pure anarchy of a Kangana Ranaut holding her own force-field up and lobbing grenades when idiots try to shrink her to a manageable size or Sunny Leone looking ready to giggle when uncles try to shame her is really enough.

Sometimes it makes me happy for days. To all the people who said that it was a publicity stunt, I just wanted to say that at least it’s a publicity stunt that gave them more lines than many of their movies put together. Kangana and Sunny made me happy because that’s all we’ve got. And that’s all we will get until women make more movies.

And that’s why it mattered so much to me that Rima Kallingal ended her piece by saying, “I don’t know how many times I have to repeat this before sexism ends. But I will until then.” Her calm decision to refuse the talisman and put herself in the battleground gave me as much joy as when she was beating up villains in the Himalayas and being the wise-cracking short-tempered Padmini in Rani Padmini.

One Response to “The Thrilling Grenades of Kangana, Sunny & Rima? Or the Panicked Talismans of PC, Katrina & Lisa?”