HomeBooksTo Publish or Not to Publish? Ask Krishna Udayasan ...
February 9, 2017

To publish or not to publish — is that the question raging in your mind when it comes to your manuscript? How would you even go about it? How do you even know if your manuscript is complete?

Meet Krishna Udayasankar, author of The Aryavarta Chronicles, who is taking a masterclass this Friday, 10th February, on what to do with your manuscript, at the Times Litfest Bengaluru 2017, presented by ACT Fibrenet.

Later, she will also be in conversation with Sukanya Venkatraghavan on 12th February, in a session called ‘Dark Immortals’. 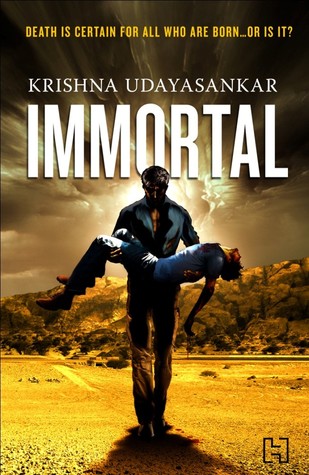 Krishna, who is known for her modern re-tellings of the Mahabharata — Govinda, Kaurava and Kurukshetra — has published seven books since 2012, including an anthology of poetry. Her latest book Immortal, published last year, reimagines Mahabharata’s Asvatthama as a contemporary historian. She is known for her technique of blending history and myth, to create fantasy. Krishna graduated from National Law School of India University, and has a PhD in Strategic Management. Now, she is a full-time writer.

We were in conversation with her about the publishing industry, what it feels like to have an editor, and the ups and downs of being a writer.

What’s your experience of working with a publishing house and editors?

It is a tremendous learning process. I think having the right editor makes all the difference. When you have an editor who is as emotionally connected to the story as you are, it is like having a best friend — you will fight with them about every other thing, but at the end of the day you know that both of you are communicating something productive. Even now, my editor and I are exchanging angry text messages about the title of the next book — she hates everything I have in mind, I hate everything she has in mind, but it is okay because somewhere in this hassle there will be eureka moment.

Do you ever feel upset with their edits?

I remember the very first time I got feedback from my editor I was extremely upset, and I thought, “Oh my god, you’ve totally destroyed my writing!” And now, I almost feel silly about it. But what I’ve learnt is that if something is not working the way I meant it to work — it’s my job to fix it. Now whether or not I fix it in the way my editors suggested, remains up for debate.

Let’s say my editor comments, “Maybe you want to add XYZ here.” And then I feel like it doesn’t fit in. It’s a comment I should consider, I should stop and ask myself, “Why did she say that something would work better. Clearly there is something I haven’t communicated the way I intended to.” So I like that my editor tells me what isn’t working, and I figure out how to fix it.

Are you anxious as you write and feel the need to send what you’ve written to a friend or an editor for reassurance? Where does the reader figure while you write?

The reader is a co-creator of the manuscript. Only 50 percent of the creative process happens on the writer’s end, the other 50 percent happens by the reader, when they bring it to life in their own minds.

How different is it to get your book published by a publication house versus self-publishing? Apart from circumstances when you have no other option?

I say this with full disclosure of vested interests, the answer is never. It may have been entrepreneurial some time ago, now it depends on if you have the money. I am not saying a self-published book is badly written, but they are hastily written and hastily published. I occasionally see a beautiful book and I ask, “Did you give this to an editor?” And they respond asking why it needs editing. I think it would have been great if they had gone through the long process. It is like a distillation process. There is some value in the publishing processing which could benefit any book.

Do you feel like genres are a constraint in the publishing industry?

I guess I am rejecting an idea of niches and genres in general — writing is writing. I think your first book is almost going to define genre, if it works well. When I am described as a writer of “mythofiction”, I feel like I am not going it be writing that for the rest of my life, and I wonder what I will do to break out of this. So it can be a challenge. So like a magazine may commission you for a piece, and you want to write something, but they’ll say, we want you to write about Ramayana! Sometimes it is tough to say no. I guess I am cribbing, but it does get troublesome.

Your Saturday Jeans: Angry Hanuman and the Foreign Hand