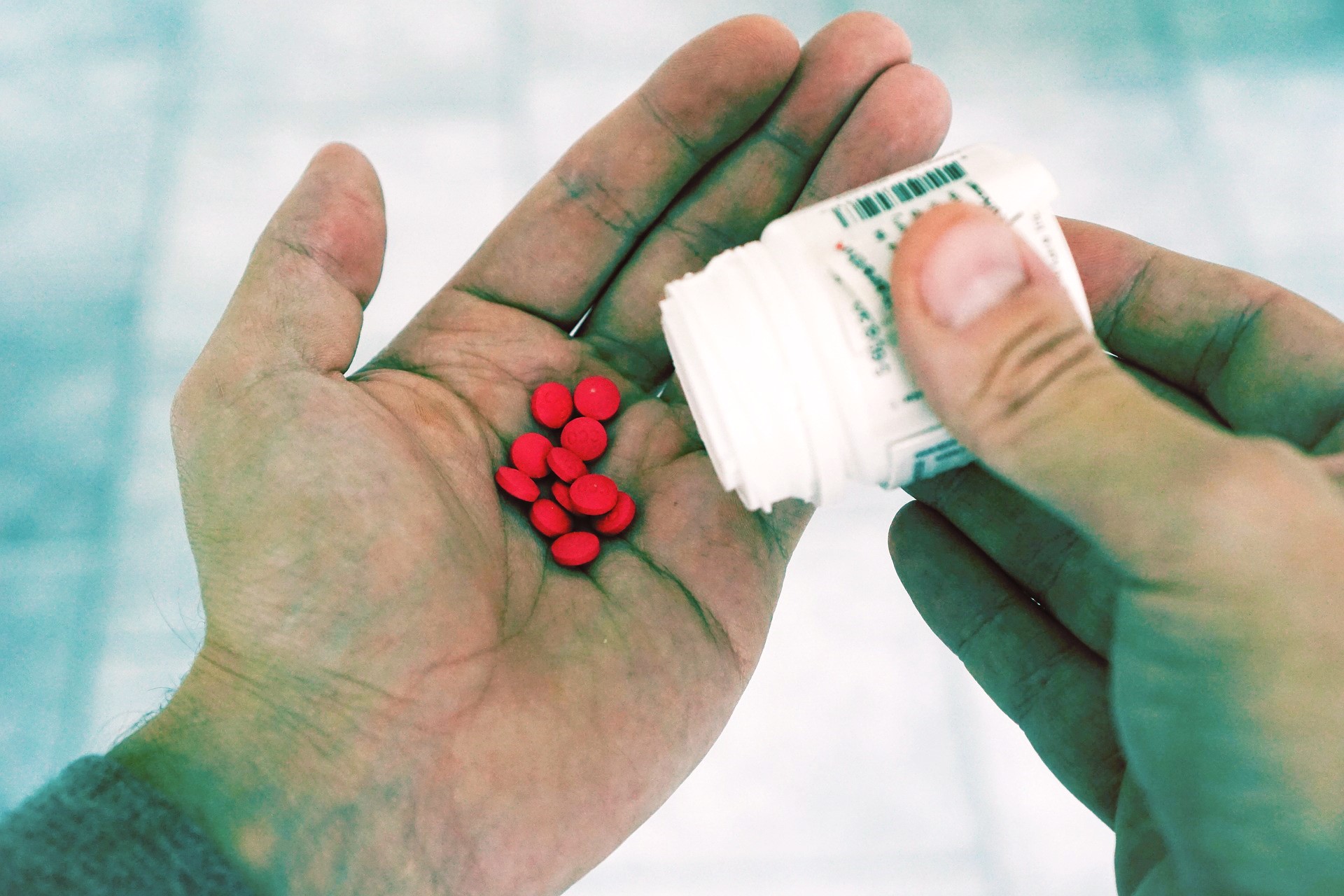 Love is a battlefield, sang a wise young Pat Benatar in 1983 as she shimmied threateningly at a villainous man looking for action. She was on to something there. Separating love and sex from the battle of the sexes? Pfft. American anti-war protestors in the 1960s shouted, “Make Love, Not War”, but in the battle of the sexes, often, making love is making war. But you know this new male contraceptive pill everyone is talking about, which we might even get our hands on in the next couple of years? It’s one small step for man, and a giant leap towards a distant ceasefire.

Sounds weird, doesn’t it? Male contraceptive pill. Birth control for dudes. But there’s no denying that to a hetero woman like me it sounds so, so satisfying. Leaving someone else to do the planning before a sexcapade? To bear the ‘burden’ of contraception and of ensuring no nasty surprises a few days later? Bring it on, baby! (Er… but you know what I mean. Strictly no babies, por favor, unless we’ve discussed it beforehand!)

A few months ago a young colleague of mine was doing research on the politics of negotiating condom use with sexual partners. I remember her horror at the stories she encountered in the course of her research: some young women told her that in a long-term relationship, their male partners would refuse to use condoms, saying it was a test of their commitment. Some felt they had no say in the matter all, and one even told her a man she was with pretended to put on a condom, but flicked it away with a sleight of hand at the very last minute when he thought she hadn’t seen. It might be easier to convince terrible dudes to take a pill than use a condom. Now if there was only a pill to cure dudes of being terrible when it came to sex and consent…

When I say ‘battle of the sexes’, you’ll hear no irony in my voice, because I believe it’s true. Specifically, it’s a war on women, and with it comes the pervasive idea that women are out to entrap men, to trick them by having their babies, to be their ball-and-chain forever. Don’t believe me? In a recent rape trial the accused, a star basketball player, revealed that the NBA trains its players to always take used condoms home with them. No big surprise about the NBA worldview there. Should it have surprised me that scientists commenting on the revolution that is the male contraceptive pills share this worldview too? John Guillebaud, emeritus professor of family planning and reproductive health at University College, London believes it gives men back ‘control’, and they’ll never be tricked into having a baby again.

I couldn’t care less about the motives of the scientists working on these pills, but I do care that it means I don’t have to be the one to take birth control pills and risk depression, or have copper coils shoved into my uterus, or get the scary injections with weird side-effects that the Indian public health system is now dishing out. Or, heaven forbid, sterilisation, which is currently the most widely used method of contraception in India. A less risky version for men is the best thing that could happen to me and billions of women, no doubt.

In the meanwhile, can we talk about annoying condoms are? I remember a conversation with a colleague of mine, who had quit work and only had a few days left at the office. The knowledge that we didn’t have to maintain one-arm distance with each other anymore and could comfortably settle into being good friends had loosened our tongues, and the conversation quickly turned to the most natural thing for two women to talk about: sex. “I hate latex condoms,” I remember her saying, “they make me feel like my insides have been scraped raw.” We happened to be driving over a flyover that had boards advertising a maternity hospital every few feet along the way. I promised to send her the link on Flipkart to these new non-latex condoms I’d been trying out. They were expensive but worth it, I told her with smug satisfaction. Before I could get down to sending her the link, I found to my horror that they’d gone out of stock. That was over a year ago, and I’ve never seen the same brand available online or in shops again. Manforce makes a version of them, but uh… it’ll take more than an alluring Sunny Leone to convince me to use them. I mean, who wants to use a brand that sounds like someone’s going to beat you up rather than beat you off?

Sometimes I feel ungrateful complaining, I mean, aren’t condoms a woman’s best protection against STDs (worth another essay entirely) and unwanted babies? Except when they fail, that is. A friend learned this the hard way when she found to her shock one day that she was pregnant, and had to take time off work to have an abortion. We laugh about it now, but I cannot imagine she would ever want to relive the terror, or the days of massive bleeding. Male contraceptive pills could have spared her that pain.

So now since everything is a zero-sum game, will it be male contraceptive pills vs female contraceptive pills? Can the two ever get along? Will it allow men to take more responsibility for birth control inside and outside a relationship? Will it make a difference to nice men and make no difference to the terrible sleight-of-hand dudes who want to do everything only on their terms anyway?

Some dudes are talking about how the pill gives them “freedom” and “autonomy” when it comes to birth control. (Excuse me while I roll around laughing on the floor.) Yes, when they can go through the pain of an unplanned pregnancy and physically go through the pain and alterations that childbirth invites upon your body, that’s when I’ll nod without giggling at words like “freedom”.

And as I write this essay I read news about a new study about a male birth control shot that is 96 percent effective at preventing pregnancy but the study ended because of ‘side effects not entirely dissimilar from what many women using hormonal birth control currently experience.’

I hear there’s more money set aside in the UK to research how to sterilise your pet than to figure out new contraceptives for men, and that’s gross. I’m sure there are men who would love the opportunity to share the load when it comes to avoiding unplanned babymaking. To those dudes, I’d like to extend the olive branch.

But as for the rest of you, I’ll see you on the battlefield.