HomeAsk The BilliDear Billi, My Boyfriend Says Oral Sex is Harmless ...
May 17, 2016

My boyfriend says oral sex is harmless and doesn’t require us to use protection, but I can’t help feel that he’s wrong. What’s the worst that could happen to either of us as a result of unprotected oral sex? 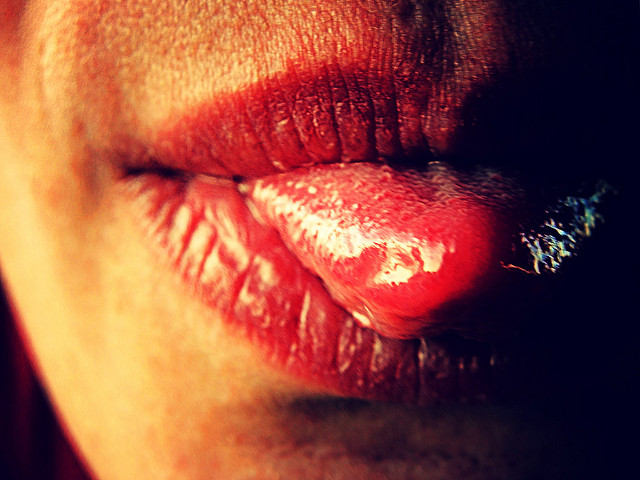 What’s the worst that could happen because of unprotected oral sex? Well, let me count the ways: Unprotected oral sex could give you HIV, Chlamydia, Herpes, HPV and contrary to internet wits, Gonorrhea is not a college town from a Cecil B.DeMille movie. Any sex that’s unprotected is not safe. The person performing oral sex is more likely to be in danger especially if you happen to have a cut or some kind of sore in your mouth.

But my dear, you could’ve googled that so I’m going to tell you what you’re actually asking.

What is the meaning of consent in a relationship? Can one really be so persnickety about each and every moment in consensual sex – do we have to sit down and discuss things which are just supposed to come to us naturally?

Well, if naturally was how we lived, maybe we wouldn’t need to. But we live conditionally. That means, with a whole lot of conditioning. And we don’t really like to think about the nitty gritty of sex, no matter how many confident sounding tweets we issue in a day with safe sex, sex positive, gee-we’re-so-free hashtags, because we think it kills some spontaneous connection and also, makes us look dorky. Some people complain about it in the way that some people complain when someone analyses a film’s cinematic elements that “now you’ve ruined my innocence and I won’t be able to enjoy a film again.” No snort is snorty enough on this front.

Actually, I’m having a very auntie moment so I just need to get this off my chest first, ok. Don’t feel bad, ok? You know what’s really unsafe? That boyfriend of yours. First, for dismissing a safety concern like he knows things he does not – a potentially toxic tendency if there ever was one. You may say no, no, he’s not one of those a- man-knows-everything-even-road-directions kind of masterful men. He’s more that allah malik hai type of easygoing, charming boys in old t-shirts who does not believe in scary rumours or sweat the small stuff (also called avoiding difficult truths). Well, that may be worse in one way. Because, second, he might be just as careless with his own health as he is being with yours.

Ok, now that that’s out of the way, I’ll give him some benefit of that thing called doubt, though frankly he’d benefit more from having a few doubts before he said things authoritatively.

Maybe he is uncomfortable talking about sex. Maybe he just does not like the idea of wearing a condom. Maybe he really believes what he has told you. He may not be a bad guy, just a bit of an ass.

But why do you have to behave – with him – as if he knows better, or what he says goes, or not simply find out and tell him how things are and that you aren’t comfortable being so casual about sexual safety? Why do you feel you must retreat before his responses when you’ve raised a question and pipe down even if you are not convinced?

A lot of complicated things happen between sexual partners and granted, sex is not always politically correct and that does not make you a regressive loser type person. But sex should ideally begin from a fundamental place of respect and confidence. And there is a gendered precedent of men telling women they’re being too nervous, prudish, hung up or withholding pleasure from them, and women internalizing that and feeling that to prove they’re liberated they must act reckless, never express hesitation or ambivalence or want to gamely spin around in a series of different ‘acts’ of sex. So, many women do bite their tongue when their concerns are brushed away, because they fear this implication – or onslaught, depending on the man n question – will follow.

That’s not a great place to start – but rest assured, a lot of relationships have elements of this dynamic. Changing it takes a little effort on both sides and someone’s got to be the firs to start some time.

But everyone deserves a second chance to do the right thing – you do and he does. So bring it up again. Tell him that you have spoken to your doctor, read up on it or whatever you choose to do to inform yourself – and that you don’t feel altogether safe being casual about this. If he does not want to use condoms – and you don’t either – then tell him to first get tested before anyone gets tasted.

If he refuses to take you seriously, the only thing you should use your mouth for on this one, is to say goodbye. It may feel a bit bad right now, but not as bad as it’s going to feel later.