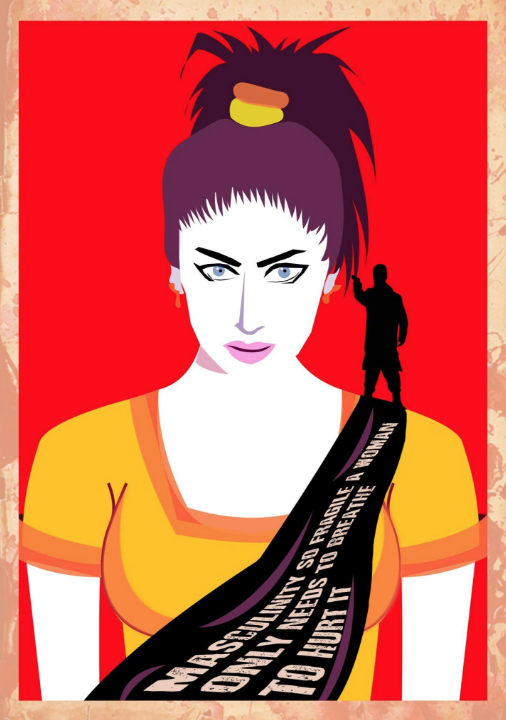 Pakistan’s incredibly brave social media star and provocateur, Qandeel Baloch, was tragically murdered on Saturday morning by her brothers in a vile act of “honour killing”, and the most painful thing now is watching how our nation is divided in its reaction towards the murder.

As a woman, Qandeel was one in a million. In a conservative society like Pakistan, mired by hypocrisies and a lethal mix of misogyny, weak laws and social services, women, especially poor, working class ones, have been defenseless for a long time. This is not the first time a famous woman has been killed for living her life on her own terms. In Peshawar, singer Ayman Udas and Gulnaz were both killed by family because of pursuing a career they didn’t approve of.

What Qandeel did was represent a changing Pakistan: a Pakistan where a viral celebrity could engage with mainstream media and thus the rest of the country, despite being provocative. We began to witness a nation that was now questioning its own conscience as a result of her growing popularity, presence in TV shows and rise to becoming a household name despite being labelled a ‘slut’.

The irony of Qandeel is that she came home for just one week, before leaving for abroad (presumably Dubai) with her parents to seek safety from the death threats she was receiving. Little did she know that the biggest threat to her, as is the case with most women in Pakistan, is the threat at home. Threat from the ones you love and love you back from the ones you grew up and the ones who have known you since you were a baby and the ones who are supposed to protect and nurture you from the hate that is often found swirling around in our toxic society: Your family.

Fariha Altaf, tweeted that she spoke to Qandeel the night she was killed and she sounded so happy and excited. Just like that — a woman loved by many, a human with a life of hopes and dreams, was taken away from us. She died at the hands of her brothers for living her life on her own terms.

The murder of Qandeel Baloch sends a very frightening message to every woman in Pakistan: WE WILL CONTINUE TO BE KILLED. They will find a reason for all of us, one by one until we can challenge this toxic brand of masculinity and honour.

Women die in Pakistan everyday, every hour and every minute, with more and more violence. Almost every single woman and girl has heard the same thing growing up — Behave like we want you to or be killed, harmed, hurt, sold, married, hidden… All of this under the name of honour.

We know there is no honour in killing your sister. This is because the guise of honour is a shroud for something far more sinister lurking in the hearts of society: the visceral fear of anything that is different, and the ability to act upon killing it. When we can’t even begin to have these important conversations at home, about the harm that is befalling the women in our country, then how can we begin to address it?

What makes the murder of Qandeel Baloch’s murder particularly painful is that it comes with the realisation that when the famous women of Pakistan can be strangled in their own homes by family knowing that they will be caught, what hope there is for the poor women whose murder will easily go unreported. Sharmeen Obaid-Chinoy’s documentary film on honour killings sent a ripple through Pakistan, even getting the Prime Minister to promise the passing of an Honour Crime bill. This bill makes it impossible for family members to forgive the killers — a loophole used by many to get away. Since then, no action has been taken. Where is our bill, we ask the Prime Minister? How many of our sisters have to die to be taken seriously? Will the parliament consider the bill now?

As Digital Rights Foundation said, we feminists are tired of crying, shivering from shock and reeling in pain from hearing of women across Pakistan being killed by men in their family. In the recent months, we’ve seen the killing of Marya and Farzana shock the nation. Farzana’s mother killed her for marrying a man who wasn’t Punjabi like them. She doused her pregnant daughter with alcohol and set her alight. Afterwards she ran out, and screamed that she had reclaimed her honour — knowing fully well she would be taken the police. Spending a life in jail for killing her daughter was more important to her than letting her live. Some reports say she was protecting her son, who may have done it. Those details can change but the fact remains the same — we have people in our society, an overwhelming number of people, who would rather get caught

The sad thing is that we as a society are complicit in the murder of Qandeel Baloch. The same people that used to slut shame her, wish her worst and quite literally comment that they wish someone would kill her have all led up to this. The men who must have gone to her brothers and asked them how they feel about her videos. The people who must have asked her parents why they won’t stop her. The TV hosts that used her to increase ratings and spread rumours about her, deriding her on national television. Yes — all of us have killed Qandeel.

As we write this, there is a loop on national TV of Qandeel’s dead body lying limp and blue at the humble house of her parents. A respected scholar was seen on TV saying that Qandeel’s murder should stand as a lesson to all women who disrespect religion and religious scholars. We’re not making this up. Women get sensationalised — one way or the other. There is no respect. This is no country for bold women. This is no country for women at all.

There are not many Qandeels in Pakistan but there are millions like her brothers. Our policy makers fail to pass the most basic protections for us. They give male citizens privilege over us through their deliberate inaction. Ban acid over the counter. Regulate gun sales. Prosecute and punish criminals who kill women. Punish religious scholars who incite hatred against women. Pass the Honour Crime bill. Do something. Do anything at all.

Qandeel, may you rest in peace and respect — what you didn’t get from most in Pakistan. We will continue fighting for the rights of women so there are millions of Qandeels but we will never forget you. Your memory will stay with us and we will always remember you for the trailblazer that you were.