HomeVaanthiA New Study Shows that if You Know the Person Who ...
July 3, 2018 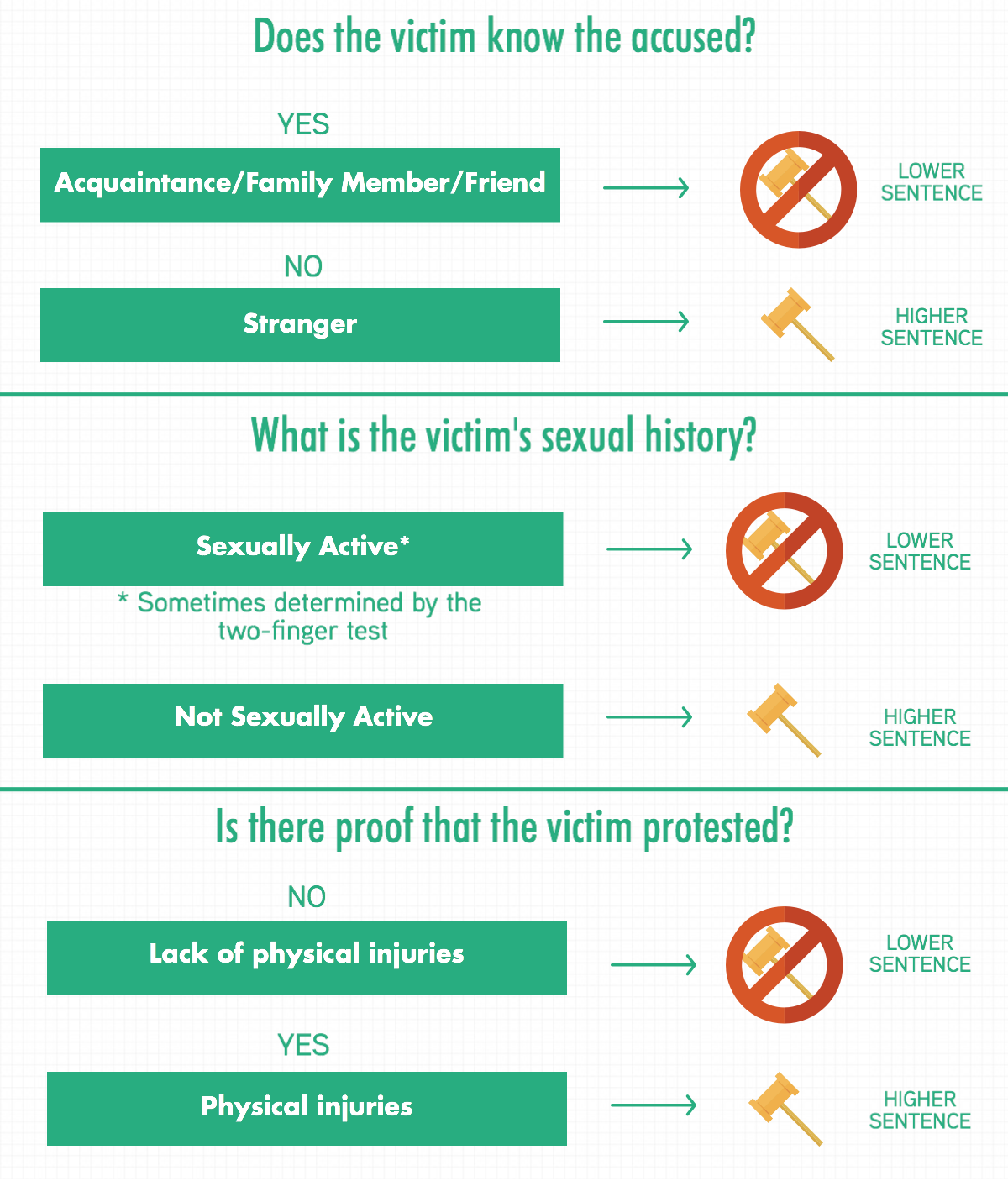 In 1983, the Supreme Court (SC) delivered what is considered a progressive, gender-sensitive judgment in Bharwada Bhoginbhai Hirjibhai vs. State of Gujarat. The case involved the sexual abuse of two 10-year-old girls — one of whom had been raped — by their friend’s father in Gandhinagar. It became a landmark judgment when the SC declared (much to everyone’s surprise after its horrifying acquittal of the accused in the Mathura rape case) that the survivor’s sole testimony was enough to convict the accused.

This judgment would have actually been an important one had the SC stopped here. Instead, evidently feeling the need to justify its decision, it went on to explain why it believed that an Indian woman (as opposed to women from the “western world”) wouldn’t falsely accuse someone of rape. Predictably, and among other things, the court said that Indian women would not want to admit “any incident which is likely to affect her chastity had ever occurred”. It said this would mean risking the loss of “love and respect of her own husband and near relatives”, that she would be ostracised, and that “she would have to brave the whole world”. Perhaps it was unintentional, but with this, the SC successfully constructed the stereotype of the rape survivor. 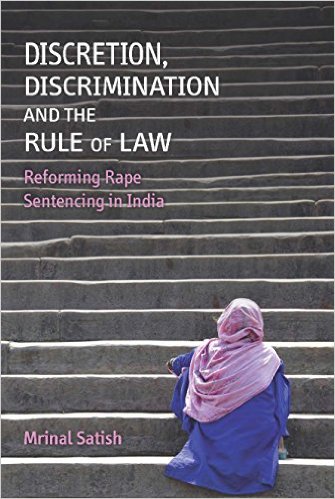 This and other soul-crushing factors about the legal system makes Mrinal Satish’s new book absolutely mandatory reading for those interested in justice for victims of sexual violence.

Mrinal Satish, Associate Professor of Law, and Executive Director of Centre for Constitutional Law, Policy and Governance at the National Law University, Delhi, strongly argues in his latest book that such stereotypes have not only influenced the prosecution of rape cases, but also their sentencing. His book, Discretion, Discrimination and the Rule of Law: Reforming Rape Sentencing in India, looks at sentencing by High Courts (HC) and the SC in more than 800 rape cases between 1984 and 2009. It provides solid evidence for what we have suspected all along — that rapes by acquaintances rather than by strangers invite lighter sentences; that courts impose lower sentences on defendants when the raped woman is unmarried and sexually active; or that the absence of injuries on her results in a lower sentence on the defendant.

Keeping the SC’s Bharwada judgment in mind, Satish argues that the sentencing stage of a rape case is further impacted by the same stereotypes that influenced it during its prosecution stage — where virginity is considered to be of utmost importance to a woman.

“The most surprising finding was the extent of impact that medical examination had on the adjudication process,” says Satish about his findings. In cases where the two-finger test was performed, or where the woman’s sexual history had been considered in court, sexually active unmarried women saw lighter sentences being imposed on the accused. In his book, Satish then goes on to give the example of the SC noting the “pitiable” state (“there is no monsoon season in her life,” in the court’s words) of the rape survivor who remained unmarried in the case of Madan Gopal Kakkad vs. Naval Dubey. According to Satish, men who had raped unmarried virgins got higher sentences because the courts considered the survivor’s loss of virginity an irreparable damage.

Another stereotype that Satish points to in his book is the perception of the survivor’s protestations. An infuriating example of a rather singular approach to consent is the SC’s acquittal of the two policemen accused in the Mathura rape case. It was pointed out that because the 16-year-old had not raised an alarm and there were no marks of injury on her body, she was a “liar” habituated to sexual intercourse. The data, argues Satish, can be seen as the absence of injuries leading to lighter sentences — all of which the Delhi HC conveniently ignored in the case Mohd. Habib vs. State, when it acquitted the accused because he didn’t have any injury marks on his penis, even though the 7-year-old child he had raped had injuries on her body.

In August 2015, RAHAT, a programme that provides socio-legal support for rape survivors, published a report according to which, in a whopping 91 per cent of cases, the rapists were known people, as opposed to the 9 per cent of cases where the accused were strangers. While these figures themselves take some time to sink in, looking at them in the light of Satish’s findings becomes even more depressing. As Satish writes, “Literature on rape suggests that juries and judges consider rape by a stranger as being the most traumatic form of rape.” It’s no wonder then that known people, whether relatives or neighbours (it was sometimes even assumed that the rape survivor and accused were in a relationship even if the former stated otherwise), all got lower sentences than strangers did.

Such prejudicial sentencing has arguably led to India’s high rates of sentence reversals when the convictions were challenged in higher courts. In many cases, these sentence reversals often were even below the minimum sentence. A court has the right to impose a sentence lower than the minimum if it has “adequate and special reasons” for doing so, a reasoning that is implemented in as vague a manner as it sounds.

The solution, as Satish suggests, is to develop a consistent policy for sentencing in India, perhaps by setting up a body to do just this. In most cases, along with the rape stereotypes at play, the courts consider other mitigating factors — even those like the defendant losing his employment because of the conviction — which really don’t need to be taken into consideration in his sentencing. The existence of a body that drafts sentencing guidelines could ensure that these “unwarranted disparities”, as Satish calls them, can be done away with to a large extent, if not entirely.

One Response to “A New Study Shows that if You Know the Person Who Raped You, Judges Impose Lighter Sentences”