By Tom Stafford, University of Sheffield 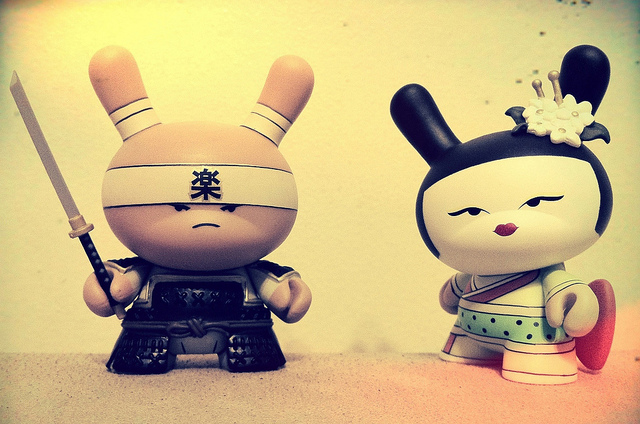 Men just want sex more than women. I’m sure you’ve heard that one. Stephen Fry even went as far as suggesting in 2010 that straight women only went to bed with men because sex was “the price they are willing to pay for a relationship”.

Or perhaps you’ve even heard some of the evidence. In 1978 two psychologists, Russell Clark and Elaine Hatfield, did what became a famous experiment on the topic – not least because it demonstrated how much fun you can have as a social psychologist. Using volunteers, Clark and Hatfield had students at Florida State University approach people on campus and deliver a pick-up line.

The volunteers always began the same “I’ve noticed you around campus. I find you to be very attractive”, they said. They varied what they said next according to one of three randomly chosen options. Either “would you go out tonight?”, or “will you come over to my apartment?”, or “would you go to bed with me?” (if these phrases sound familiar, it may be because they form the chorus of Touch and Go’s 1990s Jazz-pop hit “Would You Go To Bed With Me” – probably the only pop song whose lyrics are lifted entirely from the methods section of a research paper).

In Clark and Hatfield’s research, both men and women were approached (always by volunteers of the opposite sex). The crucial measure was whether they said yes or no. And you can probably guess the results: although men and women were equally likely to accept the offer of a date (about half said yes and half said no), the two sexes differed dramatically in how they responded to the offer of casual sex. None of the women approached took up the offer of sex with a complete stranger. Three-quarters of the men did (yes, more than were willing to just go on a date with a complete stranger).

A matter of interpretation

But since this experiment, controversy has raged about how it should be interpreted. One school of thought is that men and women make different choices because of different sex drives, sex drives which are different for deeply seated biological reasons to do with the logic of evolution. Because, this logic goes, there is a hard limit on how many children a women can have she should be focused on quality in her sexual partners – she wants them to invest in parenting, or at the very least make a high-grade genetic contribution. If she has a child with the wrong partner, she uses up one of a very limited number of opportunities to reproduce. So she should be choosy.

A man on the other hand, shouldn’t be so concerned about quality. There’s no real limit on the number of children he can have, if he has them with different women, so he should grab every sexual opportunity he can, regardless of the partner. The costs are low, there are only benefits.

This evolutionary logic, relentlessly focused as it is on reproduction and survival, does provide a consistent explanation for the differences Clark and Hatfield observed, but it isn’t the only explanation.

The problem is that the participants in this experiment aren’t abstract representatives of all human men and women. They are particular men and women from a particular place and time, who exist in a particular social context – university students in American society at the end of the 20th century. And our society treats men and women very differently. So how about this alternate take: maybe men and women’s sex drives are pretty similar, but the experiment just measures behaviour which is as shaped by society as much as biology.

Taking out the social factor

This month, new research published in the journal Archives of Sexual Behavior, gives a vital handle on the question of whether women really don’t want sex as much as men do.

Two German researchers, Andreas Baranowski and Heiko Hecht, replicated the original Clark and Hatfield study, but with some vital changes. First they showed that the original result still held, even among German university students in the 21st century – and they showed that it still held if you asked people in a nightclub rather than on campus. But the pair reasoned that one factor in how women respond to invitations to sex may be fear – fear of reputational damage in a culture which judges women’s sexual activity differently from men’s, and fear of physical harm from an encounter with a male stranger. They cite one study which found that 45% of US women have experienced sexual violence of some kind.

The results were dramatic. Now there was no difference between the dating and the casual sex scenarios, large proportions of both men and women leap at the chance to meet up with a stranger with the potential for sex – 100% of the men and 97% of the women in the study chose to meet up for a date or sex with at least one partner. The women who thought they had the chance to meet up with men for sex, chose an average of slightly less than three men who they would like to have an encounter with. The men chose an average of slightly more than three women who they would like to have an encounter with.So, in order to find out if women in these experiments were held back by fear, they designed an elaborate cover scenario designed to make the participants believe they could accept offers of sex without fear of anyone finding out, or of physical danger. Participants were invited into a lab under the ruse that they would be helping a dating company evaluate their compatibility rating algorithm. They were presented with ten pictures of members of the opposite sex and led to believe that all ten had already agreed to meet up with them (either for a date, or for sex). With these, and a few other convincing details, the experimenters hoped that participants would reveal their true attitudes to dating, or hooking up for sex with, total strangers, unimpeded by fear of what might happen to them if they said yes.

Men are from Earth – and so are women

The study strongly suggests that the image of women as sexually choosy and conservative needs some dramatic qualification. In the right experimental circumstances, women’s drive for casual sex looks similar to men’s. Previous experiments had leapt to a conclusion about biology, when they’d actually done experiments on behaviour which is part-determined by society. It’s an important general lesson for anyone who wants to draw conclusions about gender differences, in whatever area of behaviour.

There was still a gender difference in this new experiment – men chose more partners out of ten to meet up with, but still we can’t say that the effect of our culture was washed out. All the people in the experiment were brought up to expect different attitudes to their sexual behaviour based on their gender and to expect different risks of saying yes to sexual encounters (or of saying yes and then changing their minds).

Even with something as biological as sex, when studying human nature it isn’t easy to separate out the effect of society on how we think, feel and act. This new study gives an important update to an old research story which too many have interpreted as saying something about unalterable differences between men and women. The real moral may be about the importance of completely alterable differences in the way society treats men and women.

Tom Stafford, Lecturer in Psychology and Cognitive Science, University of Sheffield. This article was originally published on The Conversation. Read the original article. Image credit: A Serial Love Story by Guian Bolisay via Flickr/CC by 2.0