HomeVaanthiThe Public Response to the Sexual Assault of a Mal ...
February 21, 2017 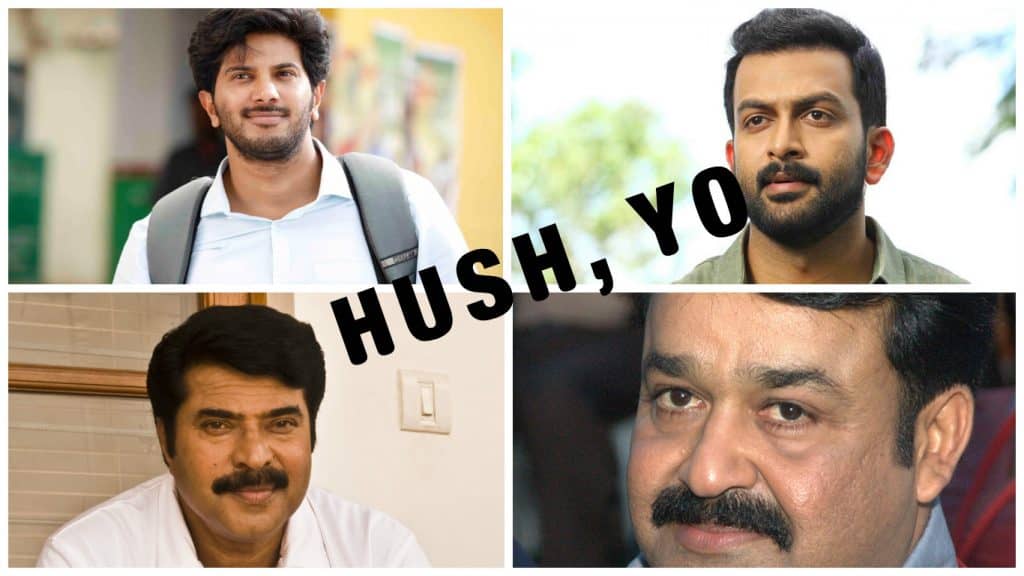 Ever since news of a Malayalam actor being abducted and sexually assaulted on Friday, 17th February broke, there have been a flurry of news reports, each trying to outdo the other with information on the case. So far, we know the basic details of the case — that the actor was on her way home at night in Kochi after a shoot when the men got into her car and sexually assaulted her, and that they took photos of her as way of blackmail. Reportedly, one of the accused used to work as her driver (and has a criminal record). He then got her present driver, who is also accused in the case, the job. This was followed by reports stating that of the seven accused, three have been arrested, and now, the three men have sought anticipatory bail in the Kerala High Court.

Over the last four days, things have become more complicated (there have even been reports doing the rounds that people who are a part of the Kerala film industry might just have a role to play). But in a hurry to report what has become ‘sensational’ news about an actor, the media seems to have forgotten the basic rules involved in reporting cases of sexual assault. There are two aspects to the media frenzy over this case — apart from gross sensationalising of the news, first few reports only reported abduction, which is why the actor was named in these reports. Soon after, other reports began to note that the FIR has been lodged under various sections of the IPC, including 376 (rape), 366 (kidnapping) and 506 (criminal intimidation). The rules here are honestly not so hard to forget: No name, no photos, and no clues to identify the victim.

Is it because the case involves an actor that these rules have been broken time and again? Or because it’s the sense that their story is just one among a whole bunch of similar stories being published online? But four days after the incident, the rules are still being broken — if the report doesn’t have her name, this ‘missing’ piece of information is ‘balanced’ out by adding her photo to it. Others didn’t name the actor or carry her photos, but named every movie she acted in, and if they changed their headlines, the actor’s name remained in their URL.

If Scroll.in ran a note below one of their pieces stating that a previous version had carried the survivor’s name and that it had been removed because it later turned out to be sexual assault, others like The Times of India decided that this was unimportant, and took it a step further. Unsurprisingly, they used the survivor’s name in their headline, and referred to the case as the “abduction of a pretty girl”, because apparently that little piece of information is necessary. But, of course, this wasn’t enough for them. They even decided to have a slideshow of images of the actor in pain, obviously taken from her various movies. Why were they so intent on trying to convey her pain by putting on a show as though the news of sexual assault wasn’t already horrific? They’ve taken down the slideshow ever since, but the “abduction of a pretty girl” remains, and now their headline, ‘Popular Malayalam actress kidnapped and harassed!’ has a needless exclamation mark.

It’s not just misery that loves company, but absurdity too. Kairali TV came under flak for airing details about the case and insinuating that there was a relationship between the actor and the driver (who reportedly organised the attack). Since then, Kairali TV has been called a channel of TRP mongering reporters dying to twist the facts of cases of sexual assault into sensational story. Actors like Rima Kallingal from within the Malayalam film industry have lashed out furiously against the channel as they should. But in the middle of this, one can’t help but wonder — what if this had happened to another woman, who did perhaps have a relationship with her driver? Did this piece of information make the crime any less serious than it is?

In June 2016, when Swathi S was murdered at Nungambakkam railway station in Chennai by a man who stalked her, multiple articles strangely, and almost as an aside, had quotes from Swathi’s family talking about her ‘character’. “She wasn’t involved in any love affair,” people said, “she didn’t mingle much with men.” But what did this matter? Would the facts of a case involving stalking and murder, or sexual assault for that matter, really change because of the survivor’s relationship with men? In Swathi’s case, the desire to defend her character came from the fear that she would be blamed for what happened to her.

Responses to the sexual assault have ranged from anger and disbelief to side-notes wondering that if something like this could happen to an actor, just imagine the plight of women walking the streets every day. But is an actor really safer than other women? What about the countless cases of abuse that we know happen within film industries, that go unreported and are never talked about? Soon after this case, actor Varalaxmi Sarathkumar tweeted about a programming head of a TV channel who’d asked her to meet him outside “for other things”. “A common reaction from people, both in the industry and outside when they hear things like this is to say, ‘Film industry is like this. You knew so when you joined. Why complain now or act surprised?’” she writes.

Even support that has come from the industry has been unsettling. While it is reassuring to see support, why is there still a standard template of responses that we follow for sexual assault? Malayalam actor Dulquer Salmaan referred to the actor as “somebody’s daughter, somebody’s sister, somebody’s family…” This is true, but it’s almost as though the rights of women as individuals who have agency and can make decisions for themselves, gets pushed to the background. The argument can’t be that women are everything to everyone else, so “don’t rape because she is someone’s sister, mother, or daughter”.

Other actors like Prithviraj Sukumaran also referred to her as “one of the more beautiful girls” he knows. Apart from the inclusion of this unimportant detail, he also said in his note of solidarity, “I know how brave she is.” Since she decided to drop out of her next film, Sukumaran also went on to say, “If it’s affected her enough to make her stay away from what she loves the most I can only imagine how harrowing it must have been.” Sukumaran’s note, even though of support, has the unsettling air of hierarchising sexual harassment — he repeatedly calls her brave (I’m not saying that she isn’t), but what does it mean to say “if it has affected her enough?”

This horrific incident has been reported terribly by the media. As Dhanya Rajendran, managing editor of The News Minute points out, how hard was it for journalists to ask the police which section the case had been filed under, and whether the actor’s name could be used? Why did the police give away the actor’s name and not the sections? After so many years and so many similar incidents, the media has still not learnt to report women’s issues responsibly. Perhaps, there is a need to slow down and relook the questions we ask and discuss. As Rajendran writes, “Let’s not be a vulture for details.”