A feminist Taylor Swift twitter account is currently taking over the intrawebs. It is a highly readable, highly apt feed with an excellent grasp on Taylor Swift. But, alas, it’s not my favourite feminist meme ever.

I’ve had two moments of pure of internet-love with the meme-creating feminist blogosphere. The first was FEMINISTHULK’s twitter account. Pedantic things had never been distilled so cutely. The hulk’s shorts figured greatly in this twitter persona incapable of saying anything remotely retrograde. If I were to really introspect, my tendency to live in (like, future cremation clothes types) one pair of little blue shorts might have been acquired after reading FEMINISTHULK’s twitter. 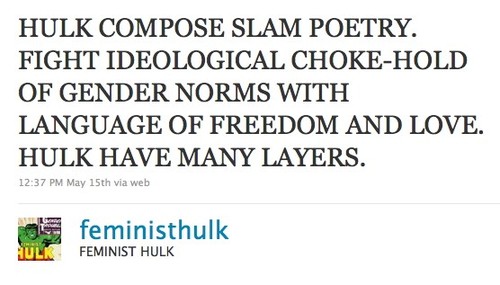 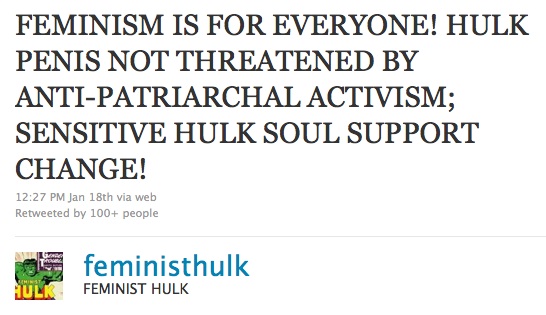 Feminist Ryan Gosling had something of FEMINISTHULK’s impeccable politics, but it’s zing was something else: Ryan Gosling. He was a rather perfect meme because well… what did you know about Ryan Gosling before the tumblr? He was hot and he was there – deliciously vacant for projection. 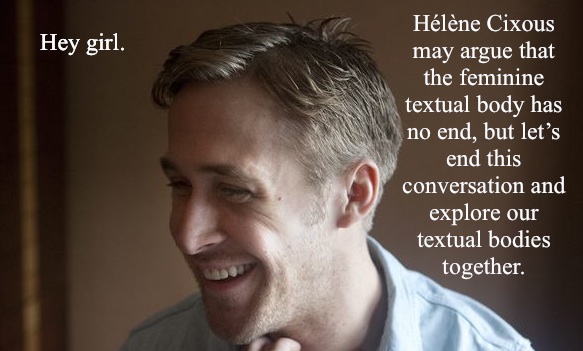 After those two, nothing really caught my fancy. No meme had the requisite amount of counter-intuitive frisson.

This particular feminist Shah Rukh Khan meme actually jerked me out of my bored stupor. It didn’t work at all for me. It reeked of the NRI attitude to Bollywood. ‘Larki’ was spelt funnily and too directly translated from the Hey Girl of other blogs. 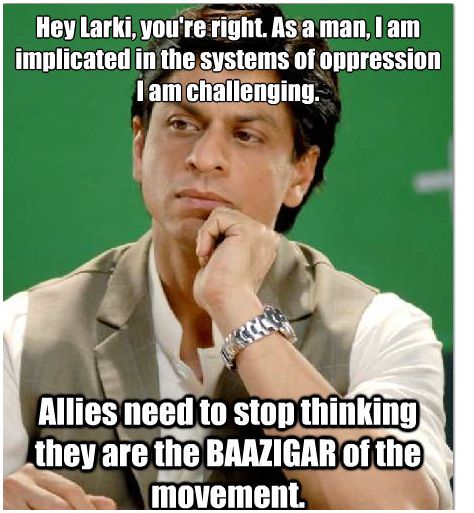 Most importantly, SRK was not the right choice.

SRK might not be a publicly identified feminist – but he already has complex public persona with all sorts of utterances on the subject of gender. He has publicly stated he would love to be part of a national campaign to build toilets for women. He has also sounded defensive when talking about his daughter.

If SRK already has such complex views on gender, there is no shock value in attributing feminism to him.

So, I would like to propose an Amrita Singh’s eyebrow meme.

I am aware that the most self-defeating way to start a meme is to be verbose about it. However, Amrita’s outing in the recently released Aurangzeb was beautiful for the following reasons: 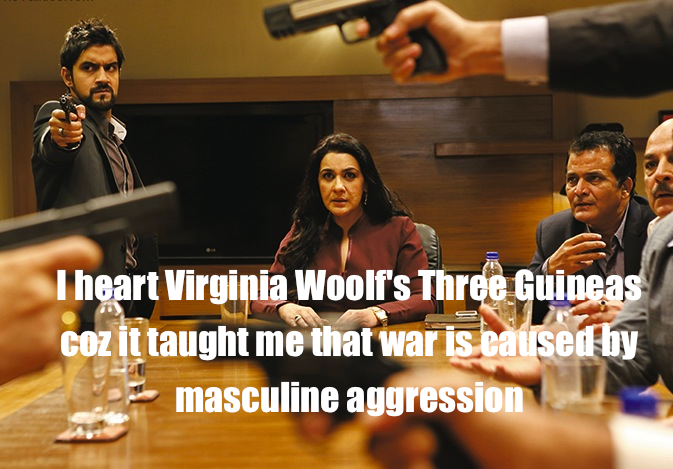 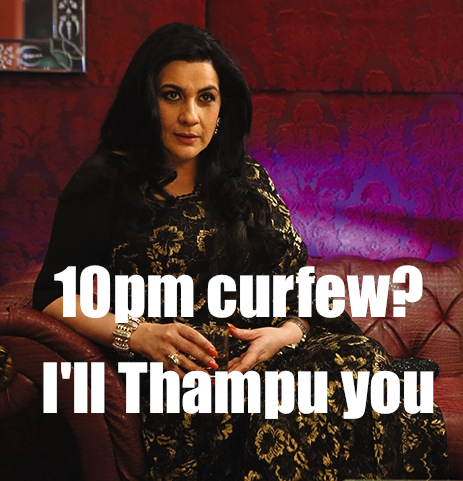 Please help us find more memes! Send all your ideas (whether or not they are Amrita Singh eyebrow related) to fingerzine [at] gmail [dot] com.