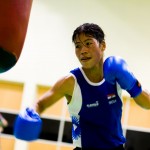 So Mary Kom won a GOOOOOLD! So did the women’s 4x400m relay team, and the kabbadi team. But the Asian Games 2014 had its share of tragedy and disappointment. After Laishram Sarita Devi’s superb performance in which she appeared to defeat her Korean opponent, the medal went to the Korean instead, and Sarita refused to accept her bronze at the medal ceremony.

The Bombay High Court has given the Maharashtra government its last chance to take a call on accepting the recommendations of the Dharmadhikari committee on women’s safety, which were released on December 31, 2013.

California is now the first state in the US to have an affirmative consent law for college campuses. So the absence of a ‘no’ can no longer be taken for consent.

The burden of what is euphemistically called “family planning” is today borne by women, and it’s taken a toll on their health. Here’s an older docu by Deepa Dhanraj on this scary practice.

Here’s how Mayan women in Guatemala took on Monsanto. And won.

You’ve heard of 50 Dates in Delhi. Writer Richa Kaul Padte considers the idea of dating itself, and the messy reality of finding someone to go out with. 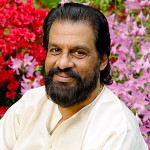 We’ve all heard the ‘wearing jeans is against Indian culture’ thing a million times over. Singer Yesudas is the latest specimen we want to puke on for saying so.

Sigh. Author Kiran Desai said some very unfortunate things in an interview about saris, jewels, servants and women with “no pride”. But here’s a great riposte.

Psst. The Toast is starting a new sister site, called The Butter. And it’ll be headed by Roxane Gay.