Heard of the two-finger test to ascertain the sexual history of rape survivors? We spoke to 25 medical students in Bangalore, Delhi, Kochi, Hyderabad and Karimnagar to find out medical colleges and doctors keep this ridiculous test alive. Join our #2FingerFraud campaign to get the word out about the test. And don’t forget to watch these videos and send us some of your own!

Two people won the Nobel Peace Prize this year for their work in the field of children’s rights. India’s Kailash Satyarthi, the founder of the Bachpan Bachao Andolan, and Pakistan’s Malala Yousafzai, a campaigner for girls’ right to education, share the prize. Here’s Malala’s Nobel speech.

Guess what ladies? You don’t ever have to ask for a raise. According to Microsoft CEO Satya Nadella, ‘karma’ will deliver it to you. And with the unfolding PR disaster this has meant for Microsoft, its board may now look at the gender pay gap and the company’s male culture. 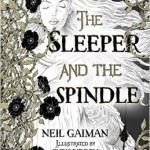 Ooh. A new children’s book by Neil Gaiman features a princes being woken from a spell by a kiss from a queen.

Tanzania’s proposed new constitution empowers women to acquire, own and develop land. This is seen as an important move because it will have more legal sway than existing formal laws on the subject, as customary laws and traditional practices are still followed in the country. 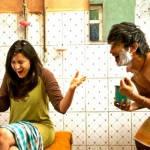 The ABVP has a new motto, inspired by Jane Austen – It is a truth universally acknowledged that hardly any live-in relationship succeeds. Or something.

The CBI has charged seven policemen in Tamil Nadu with the custodial rape and torture of a 49-year-old woman.

Don’t miss Janaki Nair on women no longer being the passive bearers of meaning.

Who you gonna call? That’s what we’re dying to know – Paul Feig (director of Bridesmaids, The Heat) is doing a women-led reboot of Ghostbusters!

(Images: Cover art of The Sleeper and The Spindle by Bloomsbury Children, and still from Shuddh Desi Romance by Yash Raj Films)