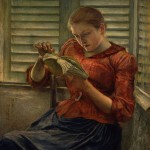 Confused about this whole feminism thing and wondering where to start? Try Part 1 of our starter kit, a reading list replete with fiction, non-fiction, classics, graphic novels, science, history, food writing, and more. And look out for Part 2!

A 15-year-old girl defied local TMC leaders in West Bengal after they assaulted her father. She went missing soon after and was found dead – her naked body was found near railway tracks in Jalpaiguri.

A Bollywood actor was ‘caught’ doing sex work, and the media went bananas, publishing photographs that identifying her, printing her name, and speaking to some of her former colleagues. None of the businessmen she was ‘caught’ with have been named and shamed in the same way. Here’s why an actor doing sex work is none of our business.

Not-so-surprising news of the week: 51% of NSE-listed Indian companies have failed to comply with the Sebi mandate to have at least one woman director on their respective boards. They have 23 days left. 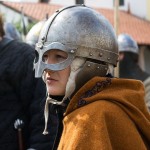 Better identification of Viking corpses has thrown a spanner into the popular understanding of gender roles during that period. Don’t forget toread this comment below the piece.

Meanwhile, practicing Sikh women, kindly note: if you’ve dyed your hair, you are banned from performing kirtan at the historical Gurudwara Santokhsar.

Football news! While the men’s and women’s teams are stranded are stranded in China at the moment, uncertain if they will get to play at the Asian games, Maria Rebello and Uvena Fernandes are the first women referees to have been picked by the Asian Football Confederation (AFC) to supervise Asian Games matches in Incheon, Korea. 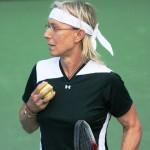 Martina Navratilova proposed to her partner Julia Lemigova on a stadium’s big screen before going on to win a doubles match on another court.

A Columbia visual arts student has devised a senior thesis rooted in performance art that allows her to protest the fact that her rapist continues to study on the campus.

Twitter now has an algorithm to figure out your gender.