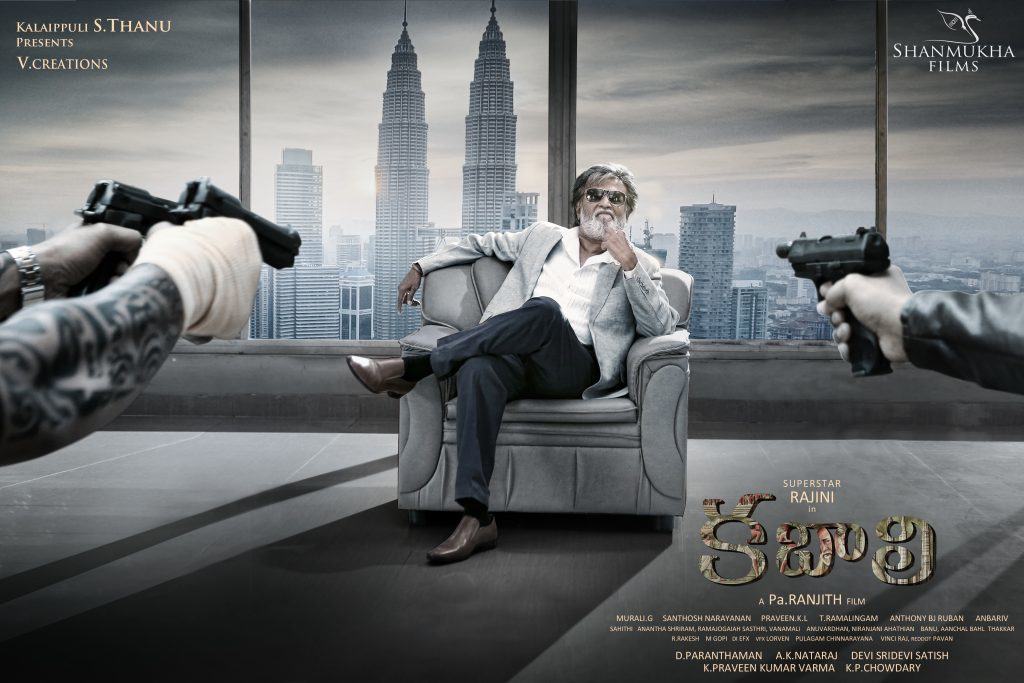 If you happen to live in Bangalore, near the kind of theatre that screens Tamil movies, chances are that all the cracker-bursting and screaming by Rajinikanth fans meant you didn’t get to sleep beyond 4 am the day Kabali released. Some fans hadn’t slept all night, instead putting up decorations or pacing around out of sheer excitement, like 20-year-old B.Com student Krishna and his friends in SG Palya outside Lakshmi Theatre. Many sported Kabali merchandise like keychains and posters, and entire crowds of men wore Kabali t-shirts, each group with it’s own design and colour. Others paid up to Rs 2,000 for theatre tickets in black just to be able to catch the fan shows at 6 am. At Urvashi Theatre on Lalbagh Road, which had its first show at 4.15 am, fans even bathed enormous cut-outs of Rajinikanth lovingly in milk (a Kannada news channel reported that at Natraj Theatre at Majestic, over 500 litres of milk was used for the same purpose).

When I say Rajnikanth fans, I’m referring mainly to men. At the morning fan show that I went to at Lakshmi Theatre, there were only five women in the entire hall. When the movie started at 6 am, the noise from all the men screaming was so loud that it felt like the walls weren’t strong enough to stay up. (Later, when I got home for breakfast, I saw on TV that city police had to lathi-charge the crowd at Urvashi Theatre that was going insane while celebrating the movie’s release and bursting crackers.) I’d been to a fan show along with dedicated male fans of a male superstar before. There was a similar lack of women, but the difference was if anyone thought Kabali was slow, no one dared say it inside the theatre.

The film opens with Malaysian police discussing the hero — Kabaleeswaran, who is 60 (in real life, Rajinikanth is 65). The Tamil superstar was introduced with a revamped theme song, but his familiar Super Star sign in blue text brought back flashes of Rajini from the 1999 hit movie Padayappa. In Padayappa we got a glimpse of a much older Rajini, and that’s who Kabali is — older, smarter and with the same style and swag. The audience went berserk for a good 10 minutes when Rajini appeared on-screen behind prison bars reading the book My Father Balaiah by author YB Satyanarayana (about his father’s struggles to raise his children and providing them with education despite being Dalit). But Kabali’s age doesn’t stop him from doing pull-ups on the door before he walks out of the prison, which sent the audience into another frenzy. Other moments that had the audience roaring where when a villain comments about Kabali’s dark skin, and is met with, “Black is power” — it set everybody off into a fit of cheers, including the five women in the theatre, and I even overheard some men discussing the scene later in the parking lot — and a moment when another villain mocks Kabali’s three-piece suits, only to be shut up by “Gandhi took his shirt off and Ambedkar put on a suit, all for good reason.” 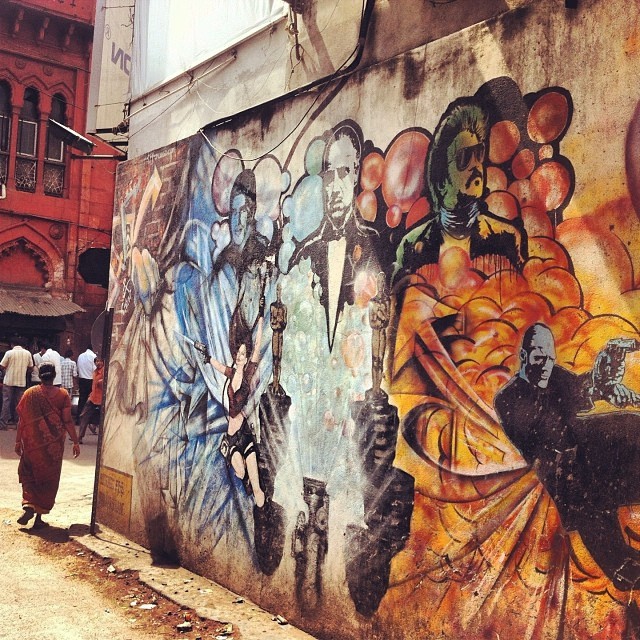 A pleasant provider of energy when the movie seemed to slow down came from Kabali’s daughter Yogi (played by Dhansika), who carries the film onwards. The hall was thrilled when Yogi steps in to save her father. “The first half was saved only by his daughter and she’s done a great job and everybody loves her, hopefully they do more in the next half because the story is wavy or flimsy and needs something to hold it down,” said Srinivas 30, a plumber, munching on hot egg puffs at 7.30 am during the interval. Kabali and his wife Kumudhavalli or Kumudha (played by 30-year-old Radhika Apte) are portrayed as a power couple with romance and power dynamics so well-balanced that it’s perfect. And heartbreakingly unattainable. Kumudha is from an ‘upper’-caste family and elopes with Kabali, an average Tamil plantation worker in Malaysia. The couple revolt against the plantation owners for equal pay and this gets him attention from the local mafia and opens up an avenue to be part of the local gang fighting for the Tamil people. While Kabali was growing as a beloved leader, at home, Kumadha would teach, criticise, compliment and help Kabali grow as an individual and a public figure. The chemistry is right and Radhika Apte didn’t just share screen space with Rajini, she balanced out Rajini on screen. It definitely was magical and their romance as an “older couple” (though Apte is just as young as his other leading ladies) in the song “Vaanam Paarthen” is adorable.

Although the film draws on Rajini’s stunts and larger-than-life stage persona, the most lifelike portrayals in the film are of women, clad mostly in nighties instead of crazy outfits — no doubt as carefully-chosen by director Pa. Ranjith as Kabali’s suits. One of the film’s lyricists is a woman: Uma Devi, the Dalit scholar who wrote “Maya Nadhi” for the film. She is one among many Dalits who worked on the film.

Despite the fan frenzy and the film’s positive portrayals of Dalits and women as being powerful and assertive, though, the film didn’t sparkle for some of the fans I spoke to in the way that some of his older films did. “It was a great film, the acting was brilliant but there were no songs and it was disappointing. Songs in Rajini sir’s films are always really good and his steps are awesome, but none of that happens here,” said Satish, 22-year-old B.Com graduate from Venkateshwara College, as he caressed the picture of Rajini as Kabali pasted on the front of his white scooter.

Most complaints from people who found the film lukewarm were that the trajectory of the plot — a gangster who goes looking for his family, finds family and gets his revenge — was the same stuff as always, there weren’t enough songs, and not much happened in the film. “It wasn’t that good, this isn’t the usual Rajinikanth film. It won’t be here for longer than four days,” said Kumar, an auto driver. When asked why he felt so, he said, cryptically, “Go watch it, I won’t tell you but go watch.”

Sohail, who tried to sell me a ticket for Rs 800 outside Urvashi theatre, asked me how the movie was when I told him I’d already seen it. “Is Kabali as bad as Lingaa [another Rajni film from 2014]? Does Rajni do a 360-degree flip in the air? I was really excited to watch Lingaa and then it went so bad, is Kabali also like that?”

Of course, there were people who loved the film. It’s Rajinikanth, after all! One of them was 23-year-old Amazon employee Shruthi Menon. “Kabali was good. Watched it just for Rajini, storyline is pretty common, gang wars and all that jazz. But his style and dialogue delivery is what you should be watching the movie for. The crowd was crazy and went bonkers for Rajini,” she said after catching the 7.40 pm show on the first day.

Watching a Rajini film allows for catharsis — hundreds of people (men, mostly) laughing, cheering, feeling the pain of an ordinary man like them who made it big in cinema. Watching may be catharsis, but holding back from joining the extravagance of Rajini’s fan following is to deny yourself pleasure.

Why Do Tamil Heroes Act Like Grief is Apocalyptic and Only Happens to Them? Is it their Drinkies?