HomeVaanthiWhat Not To Do When Someone Talks About Being Sexu ...
April 12, 2016

Everything you see below that folks are saying in response to Barkha Dutt’s sharing the story of her being abused as a child? Don’t do any of them. Don’t say it. Don’t write it. Don’t tweet it. It’s not that hard. 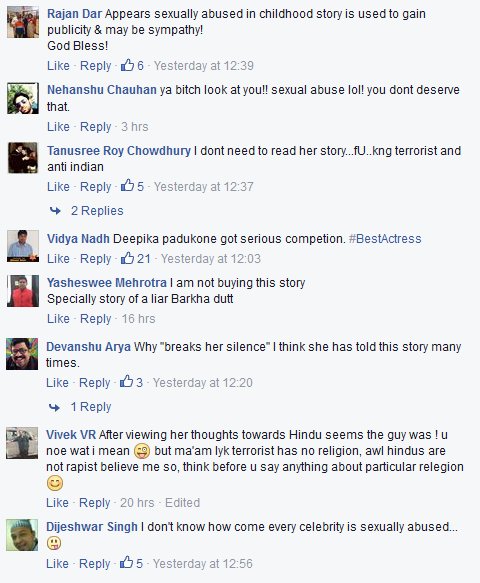