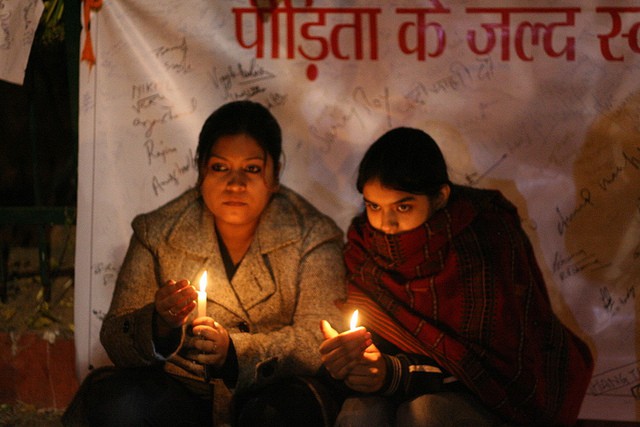 On Sunday, a 14-year-old Dalit girl, who was tortured and raped repeatedly by her neighbour in Delhi, died at Max Hospital. The girl had first been raped by her neighbour in December 2015, and her family had reported this to the police and filed a case against the accused. But on 19th May this year, before the court hearing of the rape case, the girl was kidnapped, raped and tortured by the accused, and forced to consume acid.

The girl’s parents are safai karamcharis in a hospital. Her uncle told the Indian Express that she was forced to consume acid that damaged her internal organs, after which she could not eat anything. According to the family, the main accused has been caught by the police, but there are four others who are absconding — three men and a woman. As proof, they have submitted videos of the girl stating that she was held captive, and was tied down during the torture and assault. The family also says that after they filed an FIR against the accused in 2015 and he was arrested, they had been physically assaulted by the accused’s relatives. After the man was let off on bail, he kidnapped their daughter again after the family refused to withdraw the case. Indian Express reports that the police had recorded the girl’s statement thrice in the last seven months. Her case is terrifyingly similar to that of the Dalit student in Rohtak, who was gang-raped by a group of men in 2013 and abducted and raped again two weeks ago for refusing to accept an out-of-court settlement.

Swati Maliwal, the Chairperson of the Delhi Commission for Women (DCW) had intervened in the case after media reports about the same, and had the girl shifted to Max Hospital from Lok Nayak Jai Prakash Narayan hospital. She tweeted after the girl’s death, “How many Nirbhaya’s Delhi want? We all simply wait for next Nirbhaya to die.” Maliwal also questioned why the accused was not arrested and why the SC/ST (Prevention of Atrocities) Act wasn’t applied. She also lashed out at the Home Ministry and tweeted, “To add insult to injury, Home Ministry scrapped Women Safety Sp. Task Force in Delhi set up wen Nirbhaya died stating it’s mandate finished!”

The DCW on Friday had issued a notice to DCP (North) questioning the handling of the case, and to provide security to the girl and her family.

Candle light vigil outside Safdardarjung Hospital by Ramesh Lalwani via Flickr/cc by 2.0