In the age of Time’s Up and #MeToo and Sheryl Sandberg’s Lean In, it’s become par for the course to focus on how women in the workplace can improve their own circumstances, take charge and overcome the glass ceiling by themselves and, of course, with a little help from their (female) friends. Senior journalist and former Editor-in-Chief of USA Today Joanne Lipman’s new book, Win Win: When Business Works for Women, It Works for Everyone, is, in this environment, a bit of an oddity in the genre. It advocates pulling men into the conversation and seems to speak on behalf of the ‘good ones’ who actually want to correct the gender imbalance in the domain of work. She draws from government studies, brain research, transgender scientists and even Iceland’s campaign to “feminize” an entire nation to reach her conclusions.

Lipman talks about how men feel excluded and victimised by the way ‘gender sensitisation’ workshops and conversations are held. They feel targeted and as if anything they do will be misconstrued and their best intentions called out by women for not being good enough or being somehow sexist. Thus, they get defensive against feminists and think women empowerment involves male-bashing. This is partly, she says, why there’s also such strong resistance to what is perceived as “political correctness”.

Lipman tries a new tack –  a ‘no shame, no blame’ approach towards men and their attempts towards gender equity. 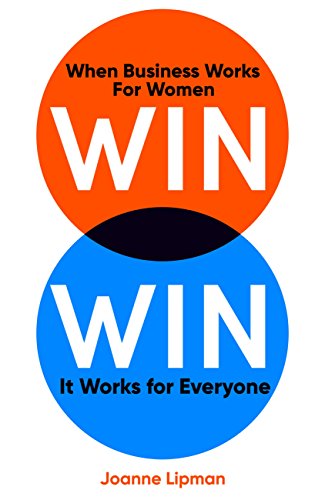 Admittedly, I was instinctively suspicious to this approach. These are arguments that I’ve heard before during dinner table conversations from men who insist I explain to them why I call myself a feminist. I found myself asking, if these men are so intent on helping fix the gender imbalance – both in terms of numbers and recognition of women in the workplace – then why are they not making the effort to educate themselves? Why is it the responsibility of women to both fight for themselves and simultaneously bring these men into the fold?

“When Catalyst, a non-profit organisation focused on working women, asked men what might undermine their support for gender equality,” reports Lipman, “a stunning 74 percent cited fear – fear of loss of status, fear of other men’s disapproval, and, most telling of all, fear of making a mistake.”

But women feel fear too. Worse kinds, in fact. Fear of rejection of their ideas in a male-dominated workplace, fear of losing out on opportunities if they don’t come across as assertive enough (or conversely too assertive), fear of the belittling of their hard-won achievements when they’re accused of having used the ‘woman card’ or their ‘womanly wiles’ to get to the top. So, why should women now give the fears of men this level of importance, I found myself asking.

Why should men be babied by women, when women are expected to be strong and overcome all obstacles themselves?

Lipman offers insightful arguments that slowly began to break down this resistance. While telling the story of a women’s conference where she was addressing a room full of women about common problems they face in the workplace, she saw everyone nodding their heads in agreement and recognition. She realised that only talking to those who face these problems is worthless, because we already know these things. Men need to be in the room too to listen and see how every woman seems to connect with these problems, so they can gain a better understanding of how to solve these problems.

Lipman points out how it’s essentially a man’s world in the very first chapter, ‘The Secret Lives of Women (a Primer for Men)’. She talks about how women work twice as hard to keep up appearances, investing shocking amounts of money and time on upkeep so that they will be taken seriously at the workplace, backing it up with research data. She mentions that The New York City Department of Consumer Affairs found that 42 percent of 800 surveyed products cost more for women than for men. This, despite the fact that women earn less than men for the same jobs.

As one reads further, it becomes clear that Lipman herself feels no sympathy for the type of men who only wish to derail conversations about gender equity. She’s not advocating treating men with kids gloves at all. In fact, she points out the irony that only women see when a man takes the stage in a room that’s predominantly female, and he declares how “intimidated” he is by this. Every woman knows that none could say the same in a room full of men, because they’d have to put on a strong, cool front to be taken seriously. The men miss out on these cues because they simply don’t know, according to the author.

It is this vast chasm between how men understand the problems of women and how the latter experience them on a daily basis that Lipman is advocating to bridge. Mixed-sex groups are just smarter, she writes. They’re more capable of solving a wider range of problems because of their different experiences and vantage points towards them, thus it benefits everyone to communicate more. While, these aren’t new ideas in themselves, the pleasure of this book is like the joy of seeing the work done in solving a math problem for someone who enjoys working with numbers.

Lipman points out that women continue to take on more ‘masculine’ traits, body postures and speech patterns to make their way forward in the workplace. But she asks why their own ways of communicating – verbal and non-verbal – isn’t good enough. The answer is, it is, but the male-centric environment of a workplace isn’t receptive enough. At this point, she says men need to meet women half way.

Lipman’s book isn’t just directed towards educating men, it also talks to women about questioning their own behaviour patterns and worldviews. In a chapter titled, ‘We’re All a Little Bit Sexist’, she points out how women themselves hold certain biases about the genders that need to be broken down as well. She also goes into speech patterns that women unconsciously use that undermine themselves, like constantly apologising for asking for a colleague’s time instead of simply thanking them for it instead.

True to the title, Lipman points out how every situation in which women are included, heard, propped up and taken seriously is a win win for all. For the business and the men, it’s great because there’s a wider range of experience at the table and therefore a far greater chance of success and for the women already in the organisation, it’s fantastic because there’s a lower chance of them being unconsciously overlooked by the men.

The biggest take-away from the book is that communication is key. A cliché, yes, but one that’s now even more crucial in a world where women’s movements are seemingly talking only to other women. And men, who have entirely different privileged experiences, can’t even fathom what the other side’s problems may be. Instead of making the struggle for women harder in this way, it’s important to talk to the men who want to ally with these movements and push for gender balance. And the only way to find these allies is to get men into the room.

Ultimately, this is not simply a woman’s empowerment book, or even an introduction for men to the world of women in the workplace. It’s a cost-benefit analysis of excluding men from the conversation of equality, and excluding women from the workplace. Lipman’s final answer is nobody is winning in this scenario.