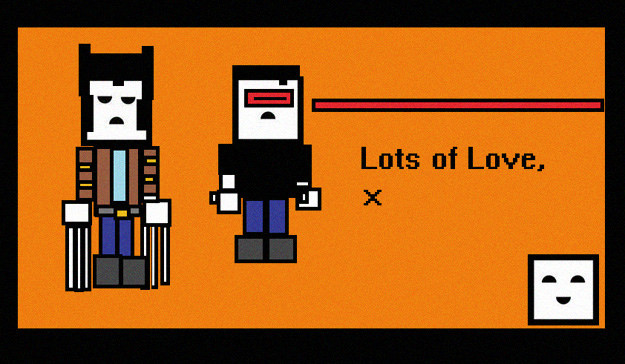 Eleanor Catton, describes wealthy Libran merchant Harald Nilssen, one of the characters from her her novel The Luminaries, as a man who “loved to fashion absurd theories of abstraction from the small but dedicated circle of his own tastes.” Today, like every day, I am Harald and I shall tell you things I believe all women feel basically because I feel them.

Yesterday, I posted a meme that said men are terrible at sex. 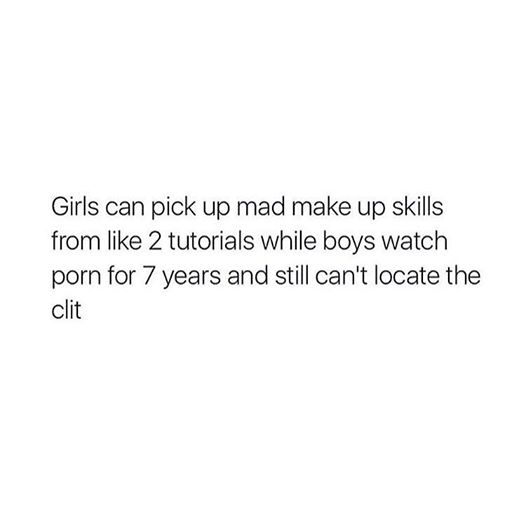 Nobody, absolutely nobody, moans like that. What you’re hearing is a carefully orchestrated symphony that we could be called upon to perform with our eyes open, faces expressionless and vulvas bone dry, at work if necessary.

All the orgasms you noticed are fake. If you saw and heard me orgasm, it’s probably fake. Let me tell you a secret: female orgasms are super chill. They last for about 7 seconds (each: yes multiple orgasms are a thing) and manifest themselves externally only in the form of a funny expression, a quick pistoning upwards of the hips and three sharp expulsions of breath. If you heard a rising crescendo of moans, me shrieking your name or god’s or any particularly violent writhing and then collapsing weakly in your arms, lol I was just tired of this shit and giving you cues to hurry up.

About You. Unless we’re trying to have babies. Of all the women I’ve spoken to about sex (I went to an all-girls school, an all-women college and then studied Gender Studies), only one has ever reported actually having an orgasm from anything vaginal. Speaking for myself (and all women in history and also now), no amount or variety of vaginal penetration will make me orgasm. The clit is where it’s all at. The ONLY place it’s at.

It’s sad that men and women have such different routes to orgasm that strategically do not coincide, but that’s just what it is and we have to find some middle ground. This makes me angry when I have sex with men: we don’t have a middle ground, we just understand and accept the meaning of the word sex through a purely male-centric framework that completely ignores or lightly passes over female pleasure.

The world sees vaginal penetration as the ultimate end point of sex, and the [male] orgasm the ultimate end goal. This leads to two annoying scenarios: men who pass over the clit entirely and try impress you with the strength and geometry of their flailing strokes (or something, what the fuck is that figure-8 thing guys?), and men who vaguely find the general clit area, rub furiously with dry fingers for fifteen seconds, and then proceed to aforementioned thrusting. As long as we’re not making babies, I wish we could erase this idea of penetration being necessary and meaningful, because vaginal penetration isn’t doing anything for any lady.

Once, someone I was sleeping with had clearly just read one of those “how to find her G-spot” articles, and tried to follow the instructions but failed. (Obviously, ain’t no such thing) Instead, I could feel my cervix being triumphantly and nauseatingly pushed around while he looked at me with a winning who’s-your-daddy expression that I will remember forever because clearly I can’t forget it no matter what I try.

Hilariously, I read an article recently that said the existence of the “vaginal orgasm” is on the verge of being disproved; the last time I laughed this hard was when someone told me at a party that the French newspaper Le Monde claims the distinction of “discovering” the clitoris. Lol, men. Lol, Le Monde.

I can never have ‘sex’ again

My ex boyfriend once asked me to tell him “what I liked” and I replied huskily that I loved it when he kept gently rubbing my clit (which both of us knew he never did, but I’m told male egos need to be spoken to in a certain way). He said, “and then?” and I replied lamely, “no that’s it.” We didn’t end up having sex that night and broke up a few months later (irreconcilable differences, if you know what I mean).

So anyway, I’ve decided I don’t have the patience for bad sex anymore. We can either have a matter-of-fact discussion right before the deed, where I explain where the clit is (under the hood) and what I like done to it (follow instructions in link minus step 5) and for how long (TWENTY MINUTES, YES THAT’S RIGHT). But of course that may take all the “romance” and spontaneity out of it, so alternatively you could just do that thing you do and I could lay there praying, a la Russel Brand in a very different context, that I was somewhere where this isn’t happening right now.

Since Door # 2 is not so much fun I will be over here not ever having sex ever again. 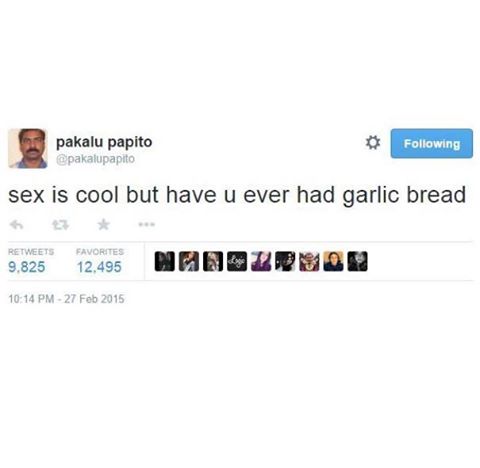