HomeVaanthiWomen Journalists, Wouldn’t We Rather Have S ...
April 20, 2018 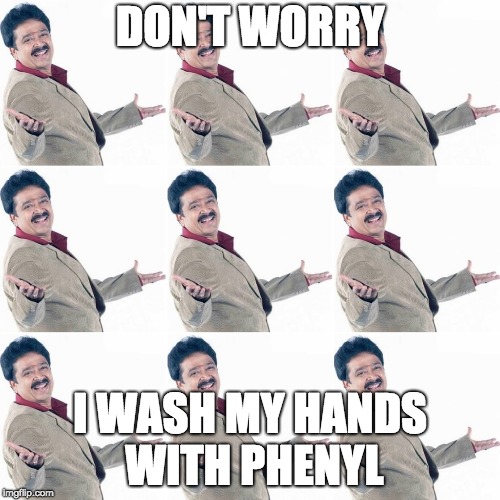 Yesterday actor-turned-BJP-politician in Tamil Nadu S.Ve. Shekher shared certain remarks about women journalists on his Facebook page. The Facebook post shared by Shekher was gorgeously titled “Madurai University, Governor and the Virgin Cheeks of a Girl” referring to the fact that the previous day Tamil Nadu Governor Banwarilal Purohit had apologised to a woman journalist for patting her cheek during a press conference. Shekher felt that women journalists had no aukaat to complain about a ‘light touch.’

The Indian Express reports that the Facebook post “claimed that more sexual abuses happen in media houses than in universities. It also claimed that a woman cannot become a reporter or news reader without sleeping with bigwigs. ‘This ugly truth has come out through the complaints raised recently. These are the (using a derogatory word) women who have come out to question the Governor. Media people are the cheap, lowly, ugly, vulgar beings of Tamil Nadu.’” The News Minute adds that the post also said, “I feel pity while looking at that woman journalist. She claims she was disturbed because the governor touched her. But when you read her tweets, it is understood that her intention was to target the Governor and Modi. It is actually the governor who has to wash his hands with Phenoyl after touching her. “

This brings to mind a few questions.

1. Why is it assumed that women journalists would find it less strenuous to have sex with random dudes than to do, you know, reporting, that thing we were trained to do and do with style. Sex work has the word work in it, not just the word sex.

2. Is it because sex with big shots doesn’t take much physical effort? How does that play out exactly?

3. And if women journalists sleep with ‘bigshots’ to get their news, what do male journalists do?

4. And why is having sex with anyone a moral failure when compared to all the moral failures male politicians embrace to get ahead?

5. In a non-political workplace, is it any worse to have sex with your boss than to nod your head vigorously and praise him and ask him how he is so awesome all the time?

6. Who washes their hands with Phenoyl?

Now Shekher has since passed the buck and said he was merely sharing the opinion of a BJP supporter and how his account is locked and oh me oh my oh me. Which makes perfect sense. What would BJP politicians and their supporters do if they couldn’t get their headlines every week from slanging one or the other population of Indian women? Or when push comes to shove, blame foreign rule for disrespect for women, as our Vice President Venkaiah Naidu has just said comically enough during a talk at the historic town of Kurukshetra. I mean, in Kurukshetra, yo. The epics are supposed to make you reflect on the nature of human beings and the nature of power, Naidu-garu. Reading the Bhagwat Gita is not like going to Jog Falls and saying wow, so big ya.

This is not to say that politicians from other parties are pro-women but no party seems to have turned it into a revenue model quite the way the BJP have. The fact that women are vociferously protesting rape and sexism seems to make the BJP’s core male supporters feel protective towards them. Even Amitabh Bachchan feels like cheechee, rape ki charcha? Humse nah ho payega beta. Don’t worry, sir, we know.

Every time we write or protest the BJP’s misogyny, you can almost hear the wave of sympathy saying: Bro, don’t worry, bro. These women just want to shame us bhari sadas mein when we want to be the hugging titans of the global stage or of snow lodges in Davos. Abhi woh IMF wali bhi shame shame keh rahi hai. In the words of Farhan Akhtar in Zindagi Na Milegi Dobara, grup ka naak katva diya.

Look online for the male despair over Banwarilal Purohit. Purohit had explained his actions saying that he had felt the journalist was like his granddaughter. Just two days before that, Purohit had told the press that he denied the allegations of links to Nirmala Devi, a Madurai college professor accused of trafficking her students. In that case too Purohit had said that he was a grandfather and great grandfather and hence please excuse him from these allegations. You can read posts all over the internet feeling his pain, accusing the journalist of being in it for fame and warning grimly that men will be afraid to touch their sisters also. As if it was Raksha Bandhan every day in this heavenly paradise where our brothers offer us daily demonstrations of affection, all destroyed by women journalists who just want to do their job and go home to their brother-less world.

At this point, the other question some of us have is this, is there really an app we can sign up for where we can get some nice calming sex instead of having to spend our days writing op-ed pieces about unsuccessful politicians whose only shtick is to say random crap about women.