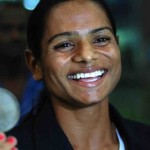 If you ever doubted that Dutee Chand was amazing, get this: she’s challenging the governing body for world athletics over its 2011 ruling that disqualifies women athletes with naturally high testosterone levels. At the Court of Arbitration Sports. In Lausanne, Switzerland.

The CBI now claims the Badaun girls committed suicide. Here’s why no one believes it.

Turkish President Tayyip Erdogan said that gender equality was contrary to nature, and that feminists didn’t recognise the value of motherhood. At a meeting on women’s rights.

Under pressure from the Allahabad High Court, AMU finally agreed to open its library to women. Meanwhile at MNNIT, Allahabad, a student wrote about the discrimination against female students under the guise of keeping them safe. 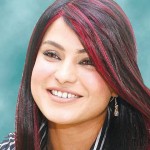 A Pakistan anti-terrorism court has sentenced actor Veena Malik and her husband to 26 years in jail for participating in an allegedly blasphemous TV programme. And speaking of Pakistani TV shows, here’s a new one that talks about sex and health.

A year ago, Tarun Tejpal was arrested on charges of rape. Why hasn’t his trial begun yet?

In July 2004, Thangjam Manorama was raped and killed while in the custody of the 17 Assam Rifles. In November 2004, a report on the killing was submitted after a probe. It revealed several inconsistencies in the paramilitary force’s version of events and strongly points to the fact that she was intentionally tortured and killed. Ten years later, that report has been unveiled.

Jian Ghomeshi, the Canadian radio host accused of being violent with a number of women, has surrendered to police and faces fives charges of sexual assault. 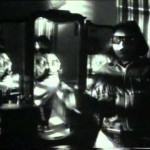 11.6 percent of pilots in Indian airlines are women – higher than the global average of 3 percent.

Michelle MacLaren, the director of Breaking Bad and Game of Thrones, will direct the new Wonder Woman movie. As Vanity Fair points out, it’s the first film of this new superhero era to feature either a female lead or a female director.

(Images via http://www.letduteerun.org/, Pakistan My Love and Channel [V])