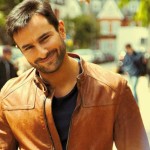 Saifu wrote an eloquent reminder on the prevalence of intermarriage and invoked Ambedkar’s Annihilation of Caste in the bargain. But forgot to mention his first wife Amrita Singh.

The complicated Meerut case, it turns out, didn’t involved forced conversions, gang-rape or ‘love jihad’. The woman at the center of it says she’s under threat from her family, which in turn claims it is under pressure from Hindu groups which are into the whole jihad against love thing. Meanwhile, the families of those accused in the gang-rape that never was await their release.

Debjani Bora, a 51-year-old athlete from Assam, was attacked after being branded a witch in Cherekali village, 180km east of Guwahati.

Shakti Devi, a policewoman currently deployed in the UN Assistance Mission in Afghanistan, will receive the International Female
Police Peacekeeper Award 2014 by the UN’s Police Division for her “exceptional achievements” with the UN mission in Afghanistan, including her efforts to help victims of sexual and gender-based violence. 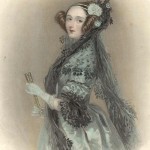 It was Ada Lovelace Day last week. Here’s more on one of the first tech visionaries, and of course, a cartoon by the one and only Kate Beaton.

Amidst the swirl of interest now that Jayalalithaa’s corruption case is in the news, a writer gives us a peek into the activities that led to her recent conviction and tells us about the ‘revenge of the heroine’.

Don’t miss this crazy story on the nightmarish night a journalist spent with ‘Commander Pigeon’, Afghanistan’s only female warlord.

Article headline of the week: Male allies are important, except when they’re the worst. 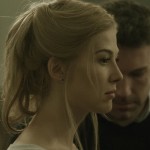 Is Gone Girl feminist? Is it unfeminist? Is it better than the book? We can’t give you the answers to those, but we can tell you that absolutely shouldn’t get through the day without reading Elif Batuman’s grave piece on it in the New Yorker.

What is #Gamergate? Why should you care?

Meet Eiynah, the fascinating author of the children’s book My Chacha is Gay.

One Response to “The Finger Wrap: the Jihad Against Love, Jayalalithaa’s Revenge and More”