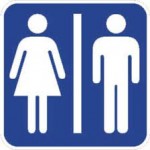 It was World Toilet Day last week. Here’s a look at what toilets (and the lack of them) mean to some women in Mumbai and Pune.

The World Economic Forum ranked India 114 among 144 countries in its Gender Gap Report 2014. A closer look at where India stands and what this means.

#2fingerfraud isn’t only in India. Indonesian police recruits are forced to undergo the two-finger test. Their national police website reportedly warns: “So all women who want to become policewomen should keep their virginity.”

Tarun Tejpal, out on bail at the moment, will appear at Times of India Litfest on December 6, to speak on ‘The Tyranny of Power’. Alongside a former cabinet minister, a former magazine editor, and an internationally known journalist and scriptwriter. All men. Litfests are just great at challenging power structures, aren’t they?

Last week, India tried to erase ‘caste’ as a factor of gender inequality in the draft Asian and Pacific ministerial declaration on advancing gender equality and women’s empowerment.

In Delhi this year, the majority of rapes were reported to have been perpetrated by persons known to the survivors. Strangers were accused in only 4.23 of reported rapes.

21-year-old Delhi University student Bhawna Yadav was murdered by her parents for marrying outside her caste. 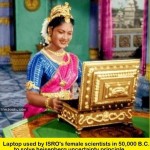 Moving from studies to careers, why are so many women dropping out of science? Why do we need women in science at all? Here’s a bonus: five exciting reads on women in science.

In India, a quarter of Pornhub’s users are female.That’s 2 percent higher than the worldwide average of 23 percent.

Cricket captain Mithali Raj is one of Wisden’s five greatest women cricketers. “Her strengths are her touch and timing, a calmness at the crease, and an awareness of what is going on around her. She loves to grab the game and change its course.”