“Who among us has never followed girls?” JD(U) chief Sharad Yadav once asked in the Lok Sabha. Women might ask themselves a similar question, but with a tiny tweak: who among us has never been followed? Stalking is a common crime that usually features low on people’s radars, until something drastic comes along to disrupt this. Just days ago, Chennai solved the murder of a 24-year-old Infosys employee who was brutally hacked to death at a local train station, and found that the man who killed had been stalking her for several months. A day after the culprit was nabbed in Tamil Nadu, police arrested the killer of a woman in Telangana who had been stalking her and pressuring her to marry him for months. When he received no encouragement from her, he murdered her by slitting her throat. Despite the frequency with which stalking escalates to grave crimes such as assault and murder, why isn’t it a crime that we take more seriously?

In 2014, the National Crime Records Bureau (NCRB) recorded 4,700 cases of stalking and 674 of voyeurism in India. These were only 1.6 percent of the crimes reported to have been committed against women that year. However, around 4 percent of the murders reported in 2014 were committed by jilted stalkers, showing that stalking can escalate to worse crimes. BN Jagadeesha, a practising criminal lawyer in the Karnataka High Court, says that in his experience, clients rarely report stalking on its own, when the stakes are low. “It is usually reported along with other graver offences,” he says. 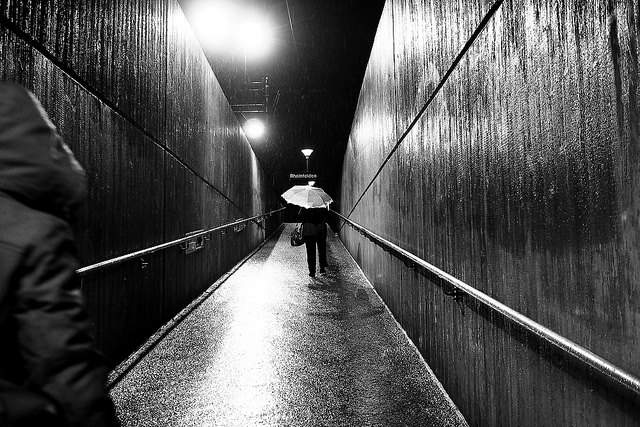 Until 2012, only the Information Technology (IT) Act, 2000, recognised stalking, in the form of repeatedly getting repeated calls or messages from the same person. (Yesterday, a man was arrested for having harassed around 1500 women since this April over the phone through lewd messages, calls and videos) In 2012, stalking was defined as a separate offence by the Protection of Children from Sexual Offences (POCSO) Act. POCSO is a gender-neutral law and applies exclusively to sexual crimes, including stalking and voyeurism (Section 11) against minors under the age of 18. The Indian Penal Code (IPC) criminalised stalking and voyeurism as separate offences only in 2013, with the addition of Section 154. “Many people are not aware that stalking is a crime and can be reported. They also do not understand that stalking can lead to much worse crimes in the future and so they do not report it,” says Jagadeesha.

This is not the only problem. Both POCSO and the IPC are flawed in their treatment of stalking, as well. The IPC positions the victim of a sexual crime as the witness. While this keeps victims less involved in the nitty-gritties of the case, allowing them to heal from their trauma better, it expects them to be as cogent as any third-party witness to a case would be. This can be hard for a victim of a traumatic experience to do. Stalking, in particular, often happens over several months, and so one may not remember particular incidents. However, victims are still expected to remember everything in great detail and without faltering. POCSO treats victims the same way, expecting them to have the cogency of adults and are questioned like adults, even though they are children. Anything less makes courts question the truth of what the child is saying. For instance, in a case before the Delhi High Court, the judge said that an eight-year-old child’s mother telling her that she should tell the Court what happened to her was “tutoring”, and so what the child said was unreliable. 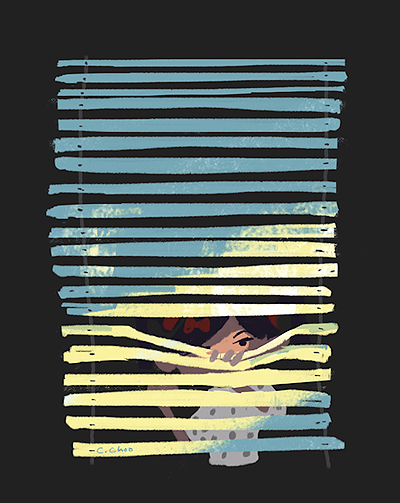 Under the IPC, stalking is a bailable offence for first-time offenders. Only a second conviction makes the offence non-bailable. This means that a first conviction could aggravate the stalking and harassment faced by the complainant, as the perpetrator is out on bail. A woman and her family were assaulted, threatened and chased by five men in Delhi who had been arrested, and subsequently let off on bail, just the previous day for stalking her. Many women also face the wrath of stalkers for filing a complaint, in the form of a much worse crime, like rape or murder. Stalking is also only considered criminal if the victim has clearly expressed disinterest in her stalker, which can always be contested, as in this case of a woman being stalked by her ex-boyfriend. The offence of monitoring a woman’s activity is restricted to monitoring online activity in the IPC; not physical activity or spying, as was suggested by the Justice Verma Committee in 2013. The IPC also does not provide any protection measures for the complainant, who may be in physical danger. “If a person is repeatedly stalking someone, or multiple people, they must be offered psychological help, which the IPC does not provide for. This is especially necessary if our criminal system is supposed to be reformative,” Jagadeesha points out.

Senior police officers from Karnataka who spoke to TOI said women hardly come forward to report stalking. And then there are cases that police do not take seriously: see this account in The Ladies Finger of a journalist reporting a stalker in Delhi, and being told, “Kuch kiya to nahi kya?” The police can actually be prosecuted under the IPC for failing to register a case of stalking. As Rebecca John, senior advocate, rightly asked, ‘What has been the conviction rate in these [stalking] cases? Who is facing trials?’

The problem is that stalking in itself is considered too mild a crime — a cute thing called ‘following girls’ — to merit attention: it’s only when something as tragic as a public murder takes place that it’s taken seriously. And that’s way too little, far too late.

One Response to “Stalking is Not a ‘Cute’ Thing Boys Do, It’s a Crime!”